In this special blog post we will take a brief look at some of the ghost stories from around the Furness Peninsula. Be sure to read with the lights off! 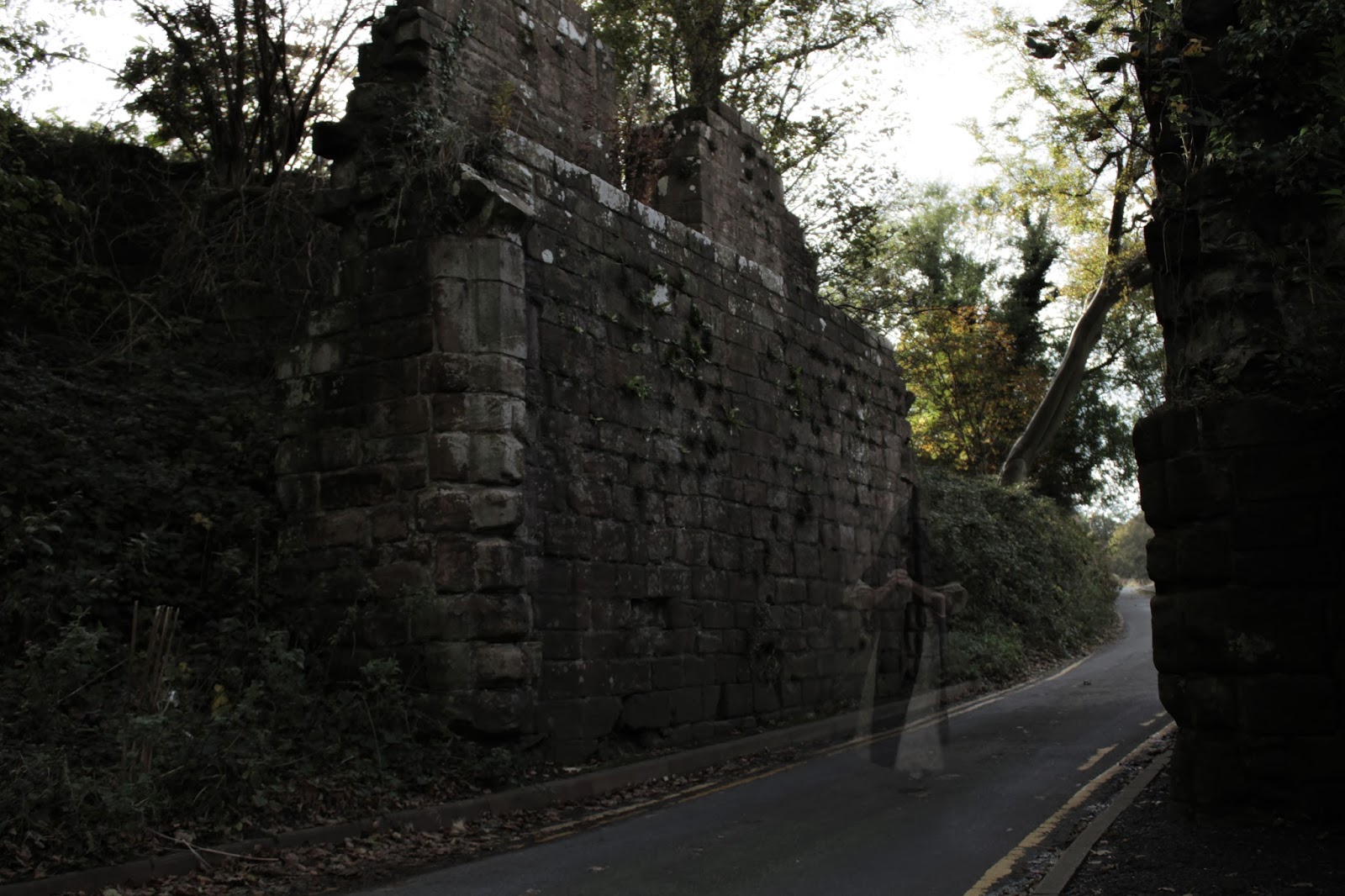 Furness Abbey has been linked to many spooky tales since its dissolution in the 16th Century but we will only look at two here.


It was new years eve 1980 when a young man was peddling away on his bike to get home after finishing work at the Abbey Tavern. As he was in a rush to get to a party he decided to go home by cycling past the ruins, usually he would avoid the ruins by heading straight out onto Abbey Road. He quickly got by the ruins only glancing at them once. As he came to the junction he headed off up towards Rating Lane along a dark and poorly lit road. When he reached the ruins of the West Gate, that towers above either side of the road, a strange feeling came over him. He looked up to see the shadow of, what he believed to be, a cowled monk on horse back. The figure held his gaze for a moment until car headlights on Rating Lane broke his stare and he peddled off hard and fast! There have been several sightings of a monk wandering towards this broken archway over the years, who could this mystery monk be?

On many occasions apparitions of monks have been spotted amongst the haunting ruins of Furness Abbey leaving witnesses baffled and frightened.


A photographer has even caught on camera what he believes to be a ghost in the Abbey grounds. The man had taken many images of the Abbey one day but when he developed the images he was shocked to discover one of them had a white hooded figure standing in it, near to the church tower. The photographer swears that no one was there on the day and he didn't see anything through the viewfinder on his camera when he took the picture. The image was also taken on a 8 second exposure which would blur someone who happened to be walking by! You can see the image to the right, what do you think? Is it a monk or is it something else all together? 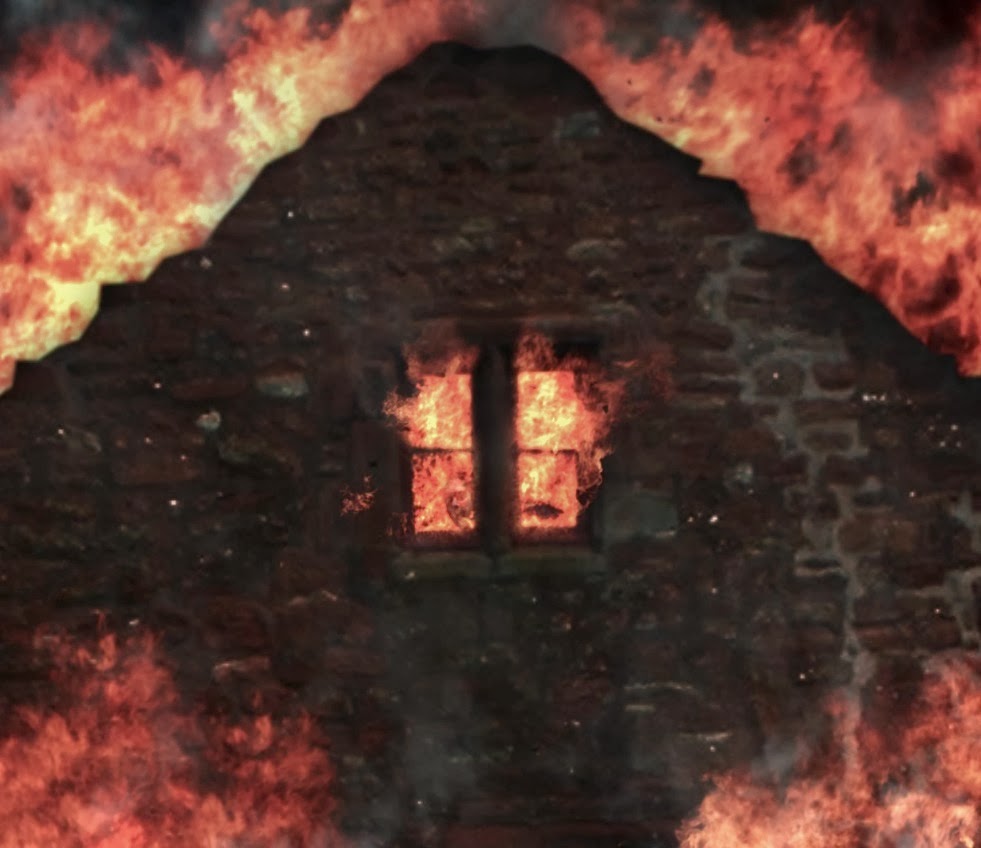 The former Custodian's Cottage next to Furness Abbey, now the Abbey Mill Cafe, also holds some ghostly stories of its own. Many years ago when the cottage erupted in flames local firemen descended on the site to tackle the blaze. While they fought to tame the fire many of the firemen claim to have seen a young girl at the top window of the building. Due to this they were certain that they would find a body in the fire damaged carcass of the building but when they searched the rubble no body was found. Was the face they saw in fact the spirit of a long dead girl who once lived at the Cottage? Who can say! But what is interesting is that once, when a psychic visited the Cottage she could sense something beneath the floor. Today the large main room of the Cottage has a wooden floor but 7+ years ago you had to step down a few steps to reach a concrete floor. When this psychic came she stood on the concrete floor and could sense that, in the far right hand corner of the room, there was a body buried 4 feet under the ground. If you were to measure from the actual ground level outside this would be 6 feet. The interesting thing about this though is that she claimed it was the body of a child! It does make you wonder if this could possibly be the body of the young girl who was seen at the window when the Cottage burnt down! 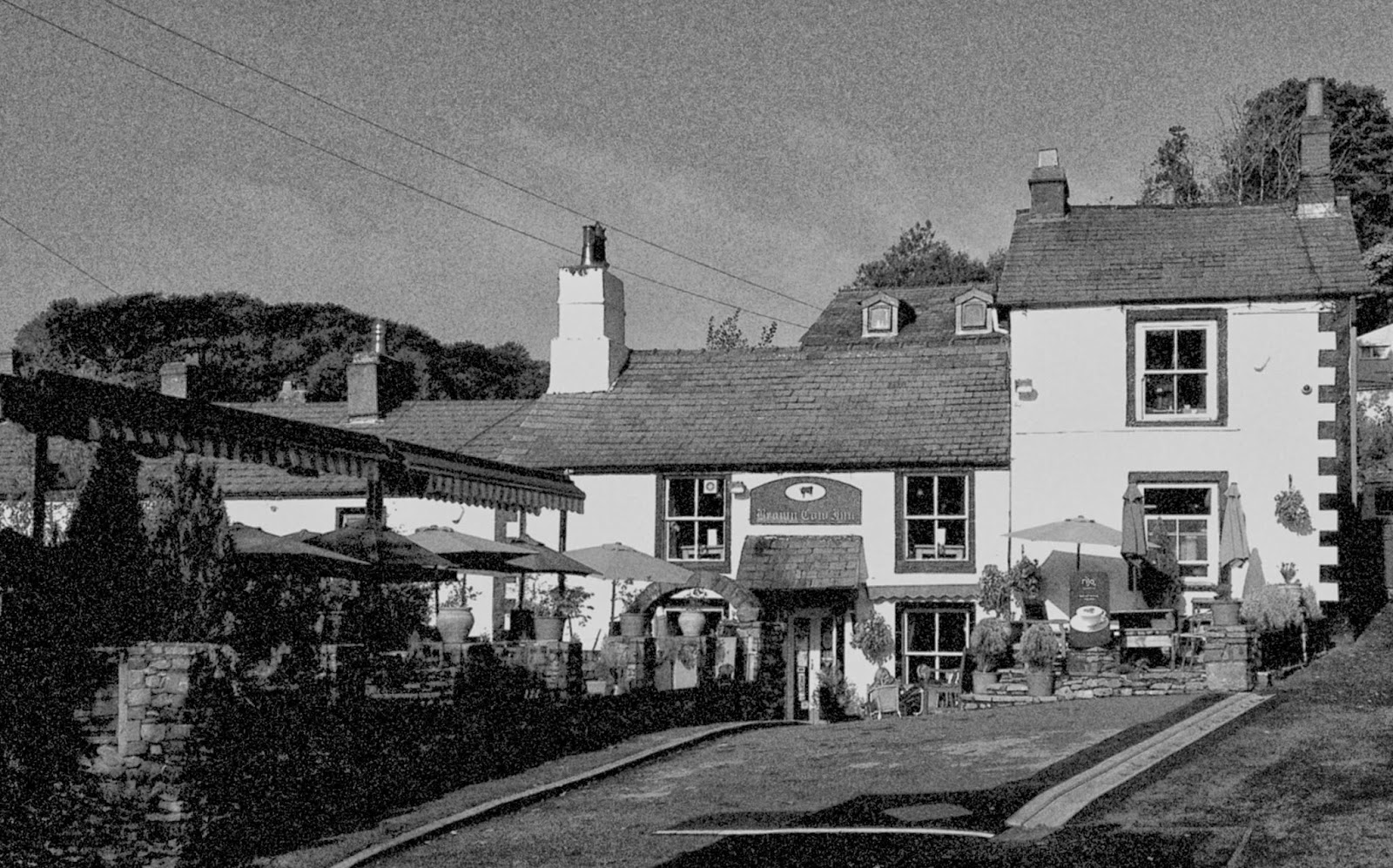 It is thought that a building has stood in the place now occupied by the Brown Cow Inn in Dalton since the Middle Ages and this has led to several ghostly tales being told. One such story, which has not been noted since the 19th Century, is of haunting chanting being heard coming from the direction of the Abbey. This chanting was often accompanied by the sound of a church bell ringing which led witnesses to believe it was the Monks of the Abbey singing. Another story from the Brown Cow involves witnesses seeing a strange apparition. Back before the interior of the pub was open plan as it is today a man took his drink into one of the small rooms to sit at one of the wooden tables. On entering the room he was rather surprised to find an oddly dressed stranger sitting in a seat near the window, staring out through the glass as if he was looking and waiting for someone or something outside. The figure sat quite still not making a sound. The man who had entered the room greeted the stranger but was met with no reply. Later when the man left, returning to the bar he asked the landlord about the strange fellow in the other room. The landlord informed the man that no one, other than him, had entered the room that night. When the curious landlord accompanied the man back to the room they found no one inside, much to the mans surprise! There was no way that the stranger could have left the room without being seen or heard! 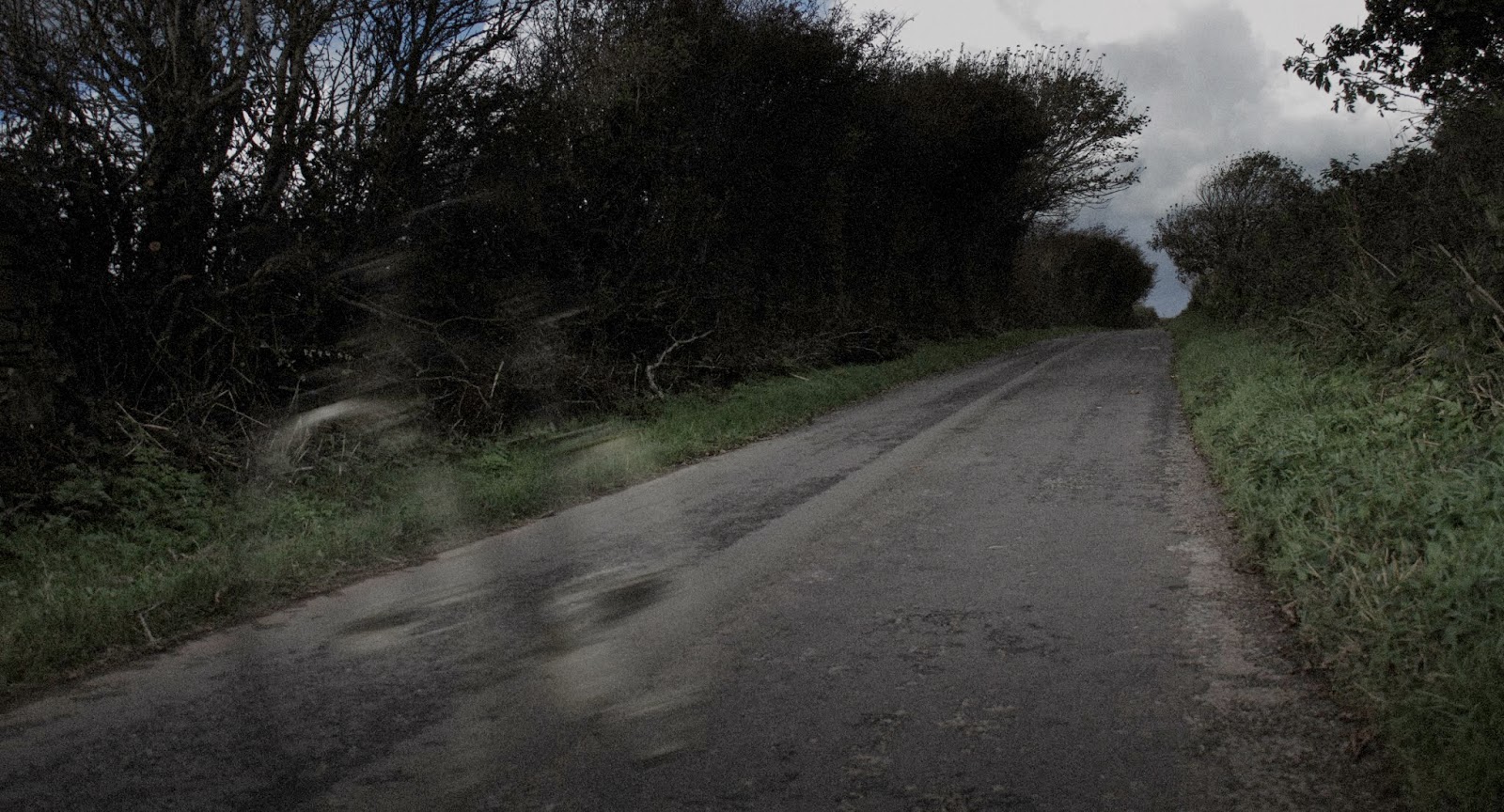 A young man of the name Tom, who lived in Dalton, once worked in the mines at Roanhead. One morning when he was cycling to work by Millwood he saw another man cycling towards him on the other side of the road. The other person was middle aged wearing a grey suit and a brown trilby hat, nothing too unusual for the time. Tom continued to cycle along not thinking much of it. Suddenly, when the two were only a few yards from one another, the other person suddenly steered his bicycle directly at Tom! Tom broke hard and almost fell off his bike swerving away from the other man. When he turned around to give the man what for he was shocked to find the road empty of life. There was nowhere the other man could have gone to hide; he had completely vanished!


Shadowy figures and loud bangs have all been associated by employees at BAE Systems, in Barrow, to the spirit of a worker who had killed himself.

A couple who were traveling through Leece one evening had to slam on the brakes and come to a stop. A large black creature was sat in the middle of the road stopping them from getting past. The creature stood about 2 meters tall and had bright yellow eyes! Eventually the beast stood and walked off the road allowing the couple to drive by. It stood on the grass verge watching as they went.

In 2009 the North West Evening Mail ran a small article about Abbots Wood house, which included a picture from inside the house. On publication though many readers wrote in as they had noticed something in the far right of the interior image. There was the ghostly shape of a woman stood behind a table! Could it be the ghost of a previous occupant? Who can say but with the house no longer standing her home is long gone. Here is the picture for you to view; can you see the ghostly figure?


We hope you have enjoyed this special spooky edition of Furness Hidden Heritage, if you know of any other ghost stories from the Furness area please let us know and we may use them next Halloween! Business as usual with the blog will resume on 12th November so be sure to check back then for a post on the area surrounding Furness Abbey. Until then happy Halloween and sleep well!
Read more Furness ghost stories in our second Halloween special here - https://furnesshiddenheritage.blogspot.com/2013/10/furness-ghost-stories-halloween-special.html
Posted by Iron Shepherds at 12:00
Email ThisBlogThis!Share to TwitterShare to FacebookShare to Pinterest
Labels: Abbey Mill Cafe, Barrow-in-Furness, Dalton-in-Furness, Furness, Furness Abbey, Ghost Stories, Ghosts, Halloween, Iron Shepherds Living History, Monks, The Brown Cow Inn, The Custodian's Cottage