A ram's head and a chimney - Ramsden Hall, Barrow 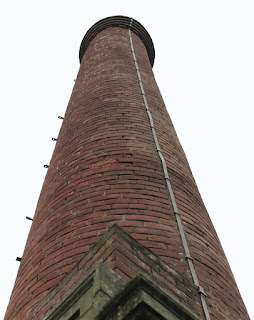 What do you think of when you see an image like the one to the right?

Industry maybe? Mills and factories of the Victorian age perhaps?

Well, if so, you would only be partly right!

This lovely chimney is from the Victorian period, built in the typical red brick of the Furness area, but it is not attached to an industrial mill, nor is it from a large factory. or yard

It is in fact attached to a rather fine building which once housed something of a much more gentile nature, a community bath house, gifted to the town by the first mayor of Barrow, Sir James Ramsden.

Ramsden commissioned and funded the building of this, quite small, public bath house in 1872 and it was constructed in that same year. 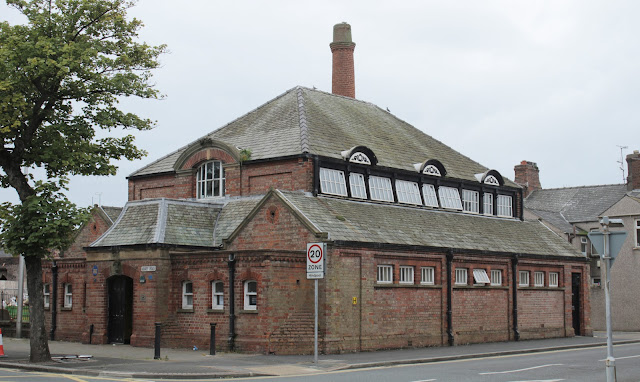 On completion the building was given the name 'Ramsden Hall', a reminder of who funded it. Another reminder of this is situated above the main entrance to the hall. Carved into yellow sandstone is an inscription that reads 'Presented to the town by James Ramsden Esq. First Mayor'.

Just below this is another interesting feature of the building, and something I personally have always associated with the building since childhood, a ram's head. This ornate carving forms the centre part of the archway above the main entrance door and is rather wonderful. The ram of course being a symbol for Ramsden.

The building sadly did not remain as a bath house for long as in 1886 it was converted into a public hall. It also went on to become an annex of the technical college, which stands next to the hall, before becoming the Citizens Advice Bureau, which it remains to this day.

Ramsden Hall is a wonderfully cute building on the streets of Barrow. Sitting on Abbey road between the former Houses of Parliament Pub and the now Nan-Tate Centre this building is one of a kind. It is the last remaining public bathhouse from the 19th Century left in the town and is a beautiful piece of Victorian architecture, one I hope remains out of harms way for many, many more years to come! 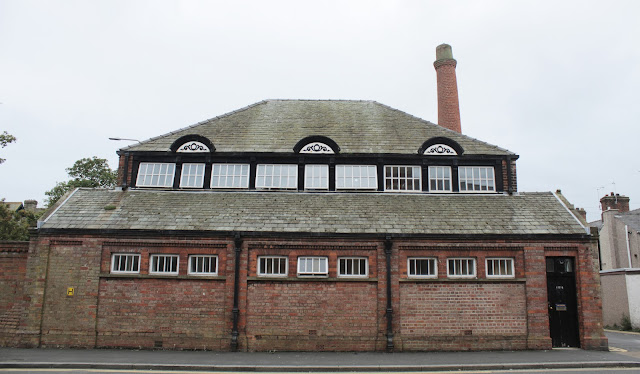