Walney Island a history and heritage

Walney has a rich and deep history that dates all the way back to prehistory! 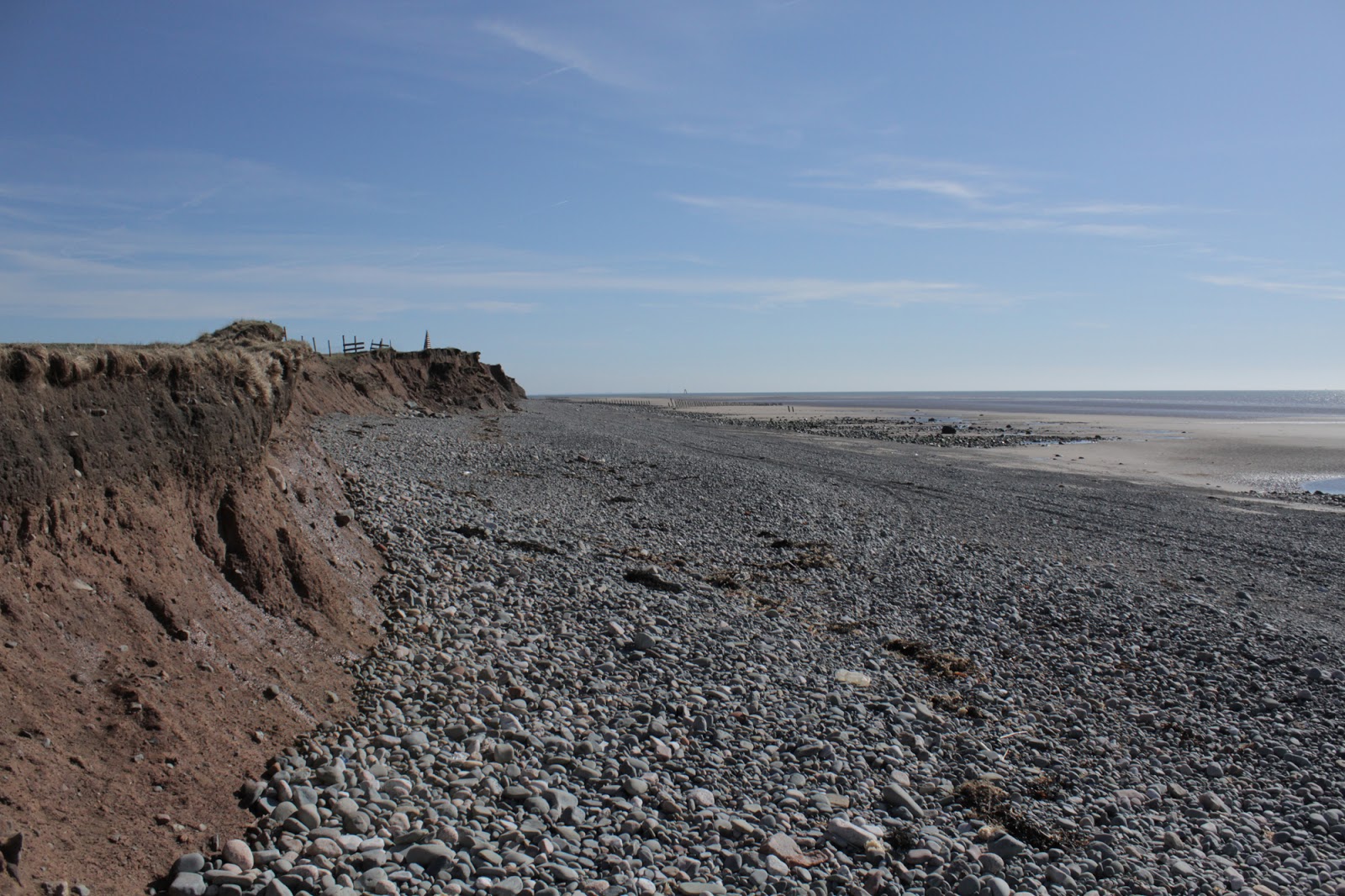 Across the island there has been many discoveries that bring to light its prehistoric past from Neolithic stone axes to beaker pottery and even Bronze Age antlers.

At the very northern tip of Walney a variety of Neolithic items have been discovered, including a polished axe made of Langdale Tuff. Sites in the Lake District, like Langdale, were places of axe production in Neolithic times where axes would be roughed out of the stone. These rough outs would then be taken to polishing sites away from the fells, North Walney is one of such sites. Sandstone and other course stones would be used to grind the rough outs until they become polished and usable. Once finished the items would be used as tools for varying jobs; killing animals for food, processing food, cutting down trees for use in settlements and scraping skins for tanning, to name but a few. As implements like this were so treasured in this time they were often placed at ritual sites, which is where they are frequently found today. Although some, like the polished axe found on Walney, are discovered where they were worked and most likely lost or discarded.

The name of the Island also has a route in history, Viking history infact. Walney is believed to originate from Old Norse, the tongue of the Vikings, although the island wasn't always named as such. Originally it was called Hougenai and is how it is named in the Domesday book. As well as the islands name many of its site names can be traced back to Viking origins, for instance North Scale from ‘Skali’ Norse for Summer Dwelling. 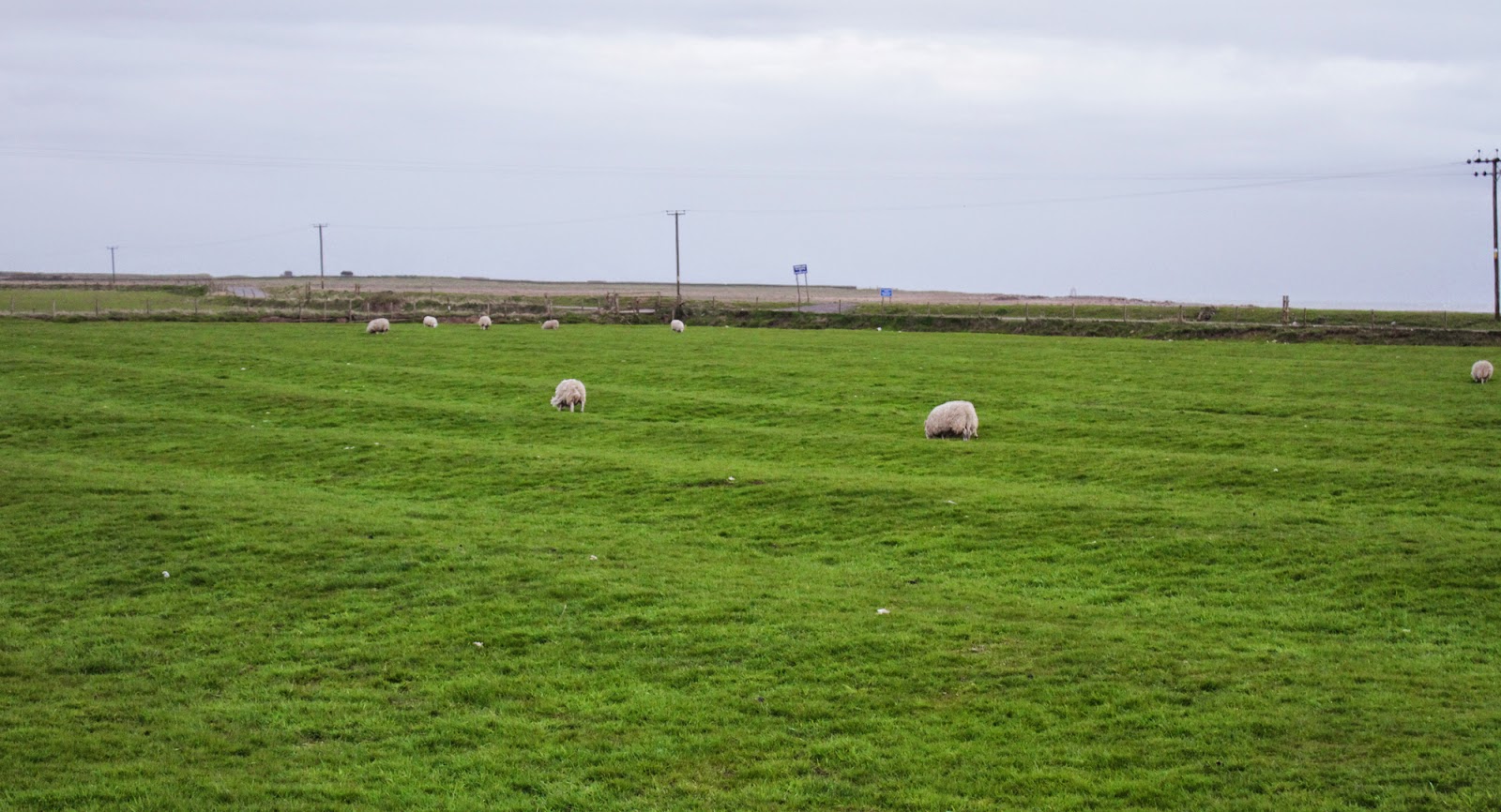 Across Walney are many scars of a Medieval farming past. From the north to the south many fields are covered in archeological features known as ridge and furrow. You can discover more about these features in the article entitled ‘Marks of a Medieval Farming Landscape, Walney’. Ridge and furrow are the remains of Medieval ploughing in field systems, which the peasants of the age would work on a near daily basis. Near by Furness Abbey would have been the owners of many of these field systems and the peasants would pay a tithe (one tenth of their annual produce) to the Abbey for the support of the church. The Abbey owned much of the land around Furness as well large swathes of land in the Lake District.

Jump forward a few centuries to the late 19th to early 20th century and Walney becomes very different. A large part of the island, just over the bridge today, was turned into Vickerstown. A brand new housing estate for shipyard workers. The houses were built to last and were in the Tudor Revival style. Many new terraces were constructed for the lower end of the work force but larger houses were also built for the mangers, and these overlooked the channel. The first thousand houses were completed in 1901 on streets named after ships that had been built in the shipyard. Names such as Mikasa and Vengeance Street. This was a huge change for the island and created an influx of inhabitants, which really saw the birth of modern Walney. 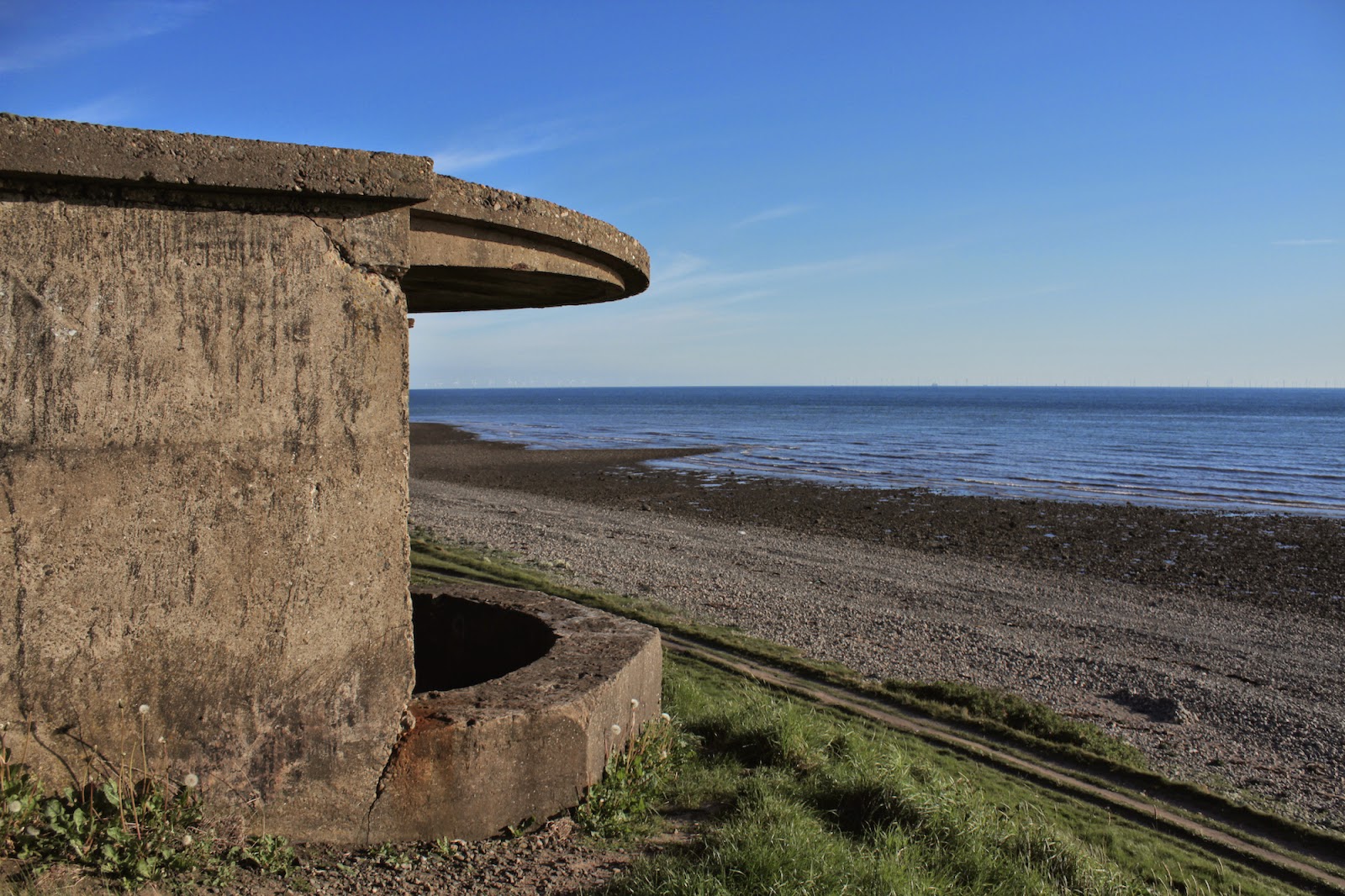 Over the coming decades Walney was set to face the effects of war. During World War 1 there was two military encampments in use on the island, one known as Hilpsford Fort, to the south, and one as Fort Walney, to the north. Each providing defence on the home front and providing jobs in the area. You can find out more about these forts in our previous blog 'World War I, the effects in Furness'.

During World War 2 there were also many military defences built across the island, from pill boxes to Coastal Artillery Searchlight Emplacements. All built to protect mainland Britain in case of enemy invasion. If you want to know more about these defences then please read our previous blog 'Remnants of World War II, the Military Defences of Barrow and Walney'. 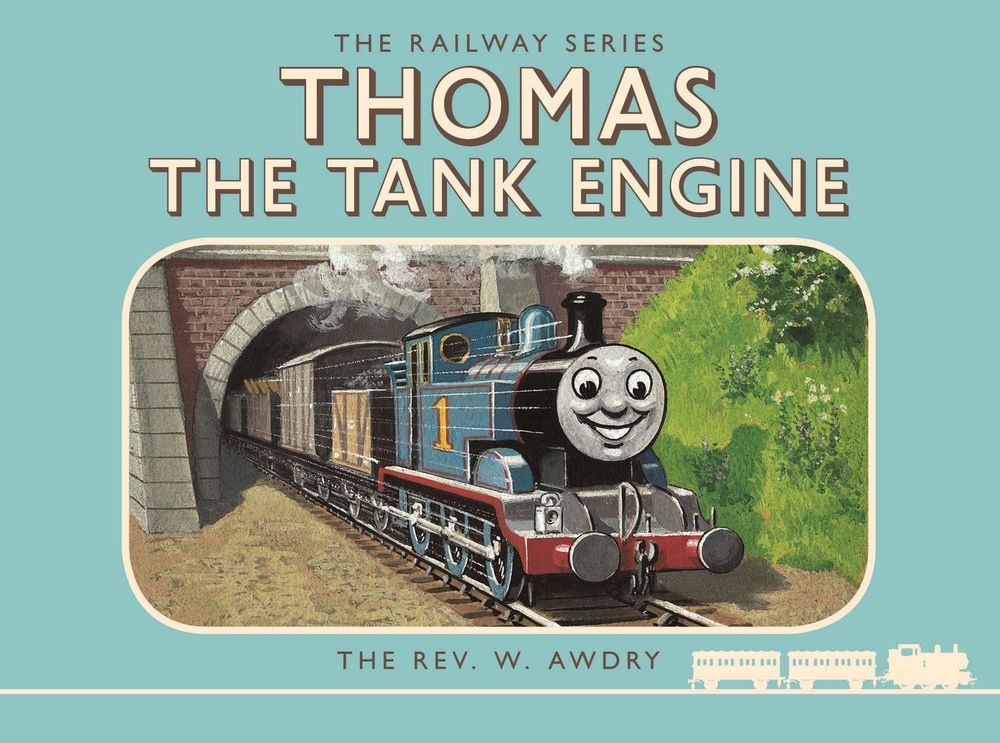 A year after World War 2 and Walney became the basis for the made up island of Sador in the Thomas the Tank Engine books.

Writer Rev. W. Awdry needed a location to base his stories around that was in Britain but also isolated enough from the main railway systems of the country. On a trip to the Isle of Man Rev. Awdry discovered the Bishop there was known as the Bishop of "Sodor and Man" and that the island was in the Diocese of Sodor and Man. He realised that there was no island of Sodor like there is of Man. This gave inspiration to create a new island, Sodor, for his books.

He decided to place this new island between mainland Britain and the Isle of Man, right where Walney Island is. He took the east side of the islands outline but expanded it out to the west creating a much larger island. He did however keep some of the local names. The bridge to Sodor comes over from Barrow, as a bridge does for Walney, and the bridge arrives at Vickerstown, as it does at Walney.


As you can see Walney has a very vivid history, one that I have barely scratched the surface of in this blog. Hopefully, though, what I have shown is some of the interesting features and moments in this small islands history. Moments that helped to shape the island we know today.

On the outskirts of Aldingham there is a raised earthwork surrounded by water on all sides, this is Aldingham Moated Manor.


This Moated Manor is closely linked to the motte and bailey castle, which we showcased in the previous episode of 'Heritage From the Air'.

During the 13th Century the family living at the motte and bailey castle, the Le Fleming's who built it in the early 1100s, needed to move because of coastal erosion. Due to this they built a new moated manor a short distance inland from the castle.

In this new aerial video you can clearly see the moated manor and get a sense of it's incredible surroundings:

You can find out more about Aldingham Moated Manor in our previous blog post 'A Motte Without a Bailey and a Manor Without a Town, Aldingham', just click here. 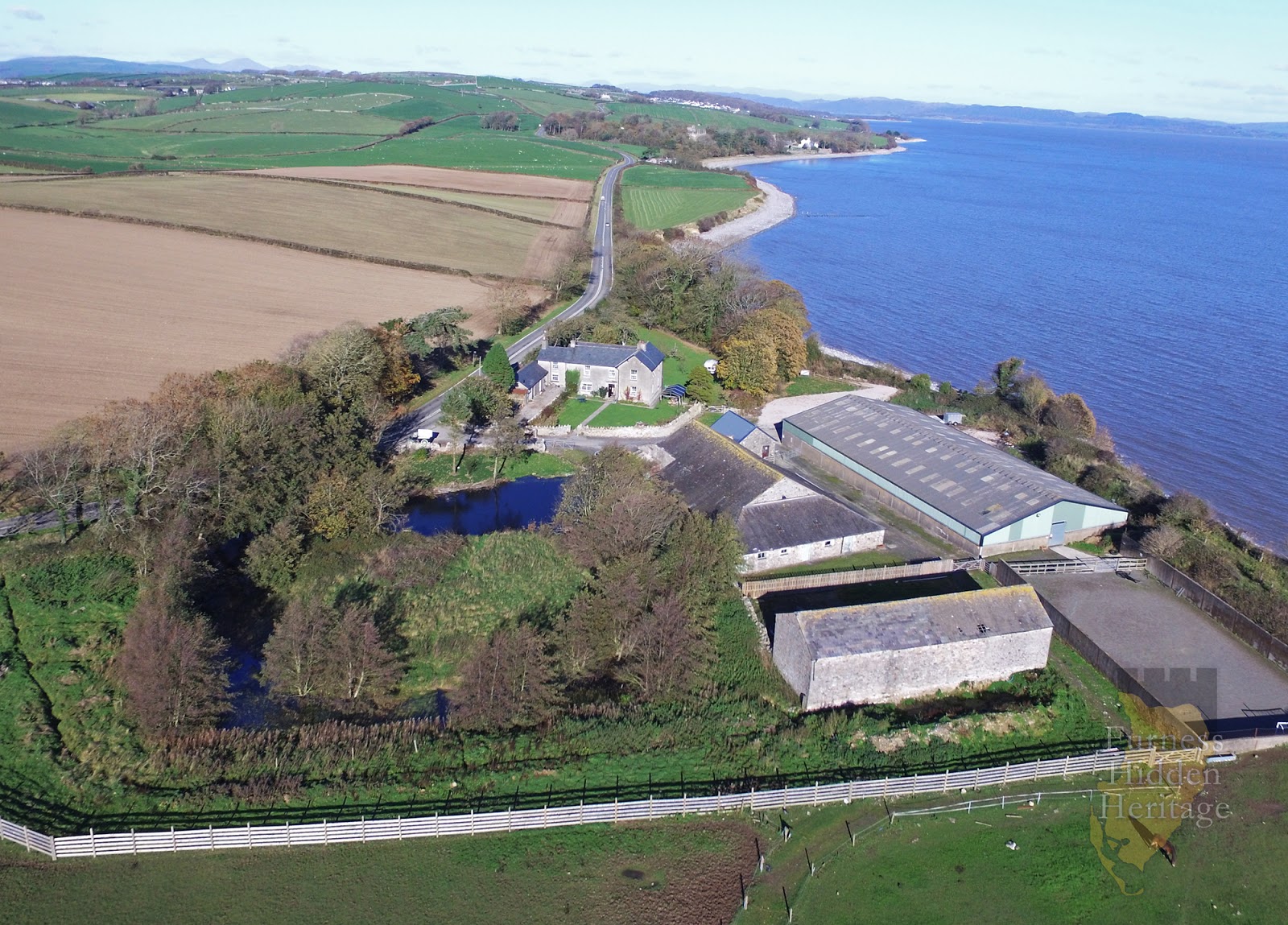