Conishead Priory today is a well visited attraction, home to Buddhist monks and an impressive and “…very important Gothic revival country house with few peers in the north west” (English Heritage). But beneath the grand manor house and its well kept lawns are the foundations of a 12th Century Augustinian Priory. 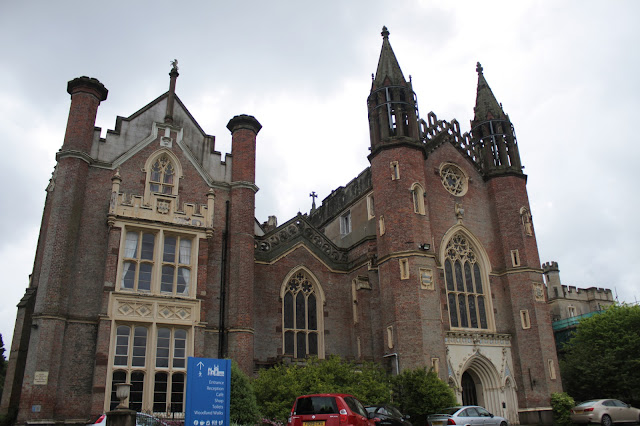 In 1160 Gamel de Pennington, a local lord living at Pennington Castle, founded a hospital here for the poor of the Ulverston area. Monks from the Order of St. Augustine ran the hospital and lived within it. They also founded a school here to help educated local children. Later, in 1188, the hospital was raised to the status of a Priory and was dedicated to the Virgin Mary. A holy relic kept at the site was said to be a girdle, a type of waist tie, of Mary.

The newly appointed priory soon was given new land and rights which, in turn, brought conflict with the nearby Furness Abbey. Furness was an ever growing power house at the time and would be unhappy with a new priory taking land and tithes from areas they could potentially cultivate. Disputes between Conishead and Furness carried on until 1338 when Edward II gave a royal charter to Conishead, which confirmed all earlier grants of land and rights. This brought to an end all disputes, although one does wonder if the monks at Furness were ever completely happy with the Priories existence!

In the mid 1500’s, as part of the ‘Act for the Dissolution of the Lesser Monasteries’, Conishead was dissolved. The monks were moved on and the lead from the roofs stripped, melted down and sold. The walls were dismantled as well leaving the site all but empty.

If you visit the site today it is hard to see any evidence of this early priory. No ruined walls are left to give an idea of its size or shape, nor any markings on the ground. But, thankfully, there has been some archaeological excavation at the site. This work found the priory church to be beneath the south lawn of the current manor house and to be in the typical cruciform shape with a 100 foot nave and crossing transepts. The domestic buildings of the priory are believed to be beneath the current manor house, inaccessible for research and confirmation of size and shape.

It is a shame that this religious house of old is no longer in existence or that there is no evidence of it left to see. It must have been a peaceful and beautiful place in it’s time and would have been a wonderful place to visit today if still in some form of existence.

After the priories dissolution the estate was given to a man called Lord Mounteagle who built a country house here from what was left of the Priories stone walls. The estate then went on to pass through various hands until eventually coming into the hands of the Braddylls family. They held Conishead for just under two centuries, living in the country house. In 1821 the house was to undergo a drastic change, a change brought about by Colonel Thomas Braddyll - High Sheriff of Lancashire. 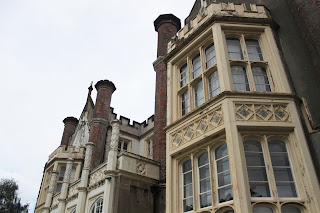 The Colonel hired architect Philip Wyatt to rebuild Conishead to a brand new design. From here the current house was demolished and fifteen years later the brand new Conishead manor house was finished and was, and is, stunning. Wyatt had blended different architectural styles to produce a unique and exciting building. The houses distinctive octagonal towers, which stand at the front of the building, are truly impressive at 100 feet tall and make Conishead stand out amongst the surrounding trees and, indeed, amongst other local stately homes and country houses.

Unfortunately for Colonel Braddyll he was, in 1848, declared bankrupt and he lost his newly built Conishead. The site once again passed through various hands until eventually becoming a hydropathical hotel, soon being known as ‘The Paradise of Furness’. The hotel could hold 240 guests and provided a host of different facilities including a huge library, tennis courts, pleasure boating and salt baths.

Fifty years later and the house changed hands again, this time bought by the Durham Miners Welfare Committee. They turned the site into a convalescent home for Durham coal miners who became ill from there work. During the Second World War the site became a military hospital, the largest in the North, and looked after many thousands of patients over the war years.

Today Buddhist monks own and look after the house, which has become the Manjushri Kadampa Meditation Centre. The former walled garden of the country house now holds a beautifully decorative Buddhist temple and the site is a hub for spiritual activity in the area.

Visiting the site today you can get a sense of the tranquillity that the original Augustinian monks would have had being here and that the many families, hotel guests, miners and Buddhists have experienced here over the centuries. The site is well worth a visit for a cup of tea and a slice of cake in the café, a wander around the impressive garden and grounds and a look inside the temple. But while there be sure to take a look at the grand stately home and think of the humble beginning of the site as a medieval hospital turned priory.