Gleaston Castle from the Air | VIDEO

The romantic ruins of Gleaston Castle are well known in Furness but take to the air and the site takes on a new dimension...


Back in 2013 we took a look at the fascinating, if sometimes unclear, history of Gleaston Castle. Now, some 5 years on, it was time to revisit the site from a different perspective - from the air.

In this short video you can see a variety of aerial shots taking in the splendour of this medieval ruin and the area it sits in:

The ruin is sadly in bad repair, as is made evident from the large cracks that can be seen rising up through several of the walls, but it still forms quite the impressive structure. Three of it's four towers are still standing proud, with door ways and windows often still intact.

It can be hard to get a real sense of what this castle once looked like or how it once was used but this video at least gives a new perspective on the ruin and shows just some of its former majesty. 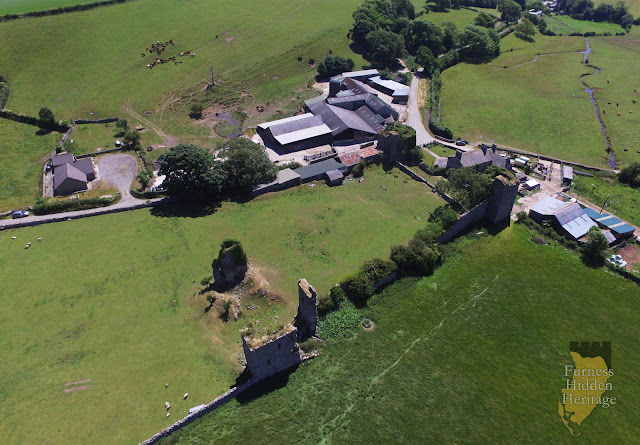