A spire seen across the town - St. James' Church, Barrow

Across the town of Barrow-in-Furness, if you look across the skyline, there is one heritage building that can almost always be seen - the spire of St. James' Church. 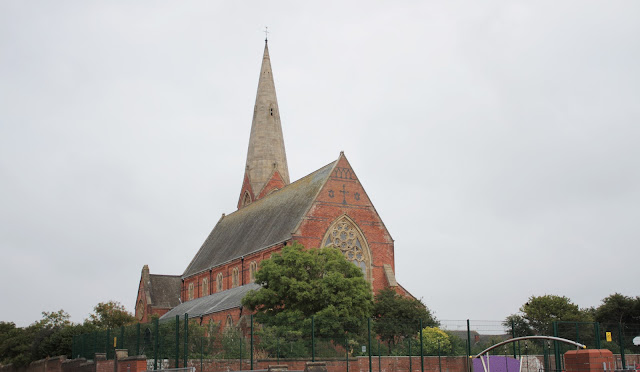 This lovely looking church was built, along with many other historic building in Barrow, during the Victorian period and sits in the Hindpool area of the town.

The site for the church was gifted from the Duke of Devonshire - one of the major players in the town at the time. Soon after this the Directors of the Iron and Steelworks, big businesses in the town, provided the money to build the church.

Once money was obtained the architects Edward Paley and Herbert Austin were hired to design the building. The two went on to become famous for their many church designs across Northern England.

The building was constructed using local bricks, in the familiar red hue that one associated with the town, and has contrasting yellow sandstone forming the windows and decorative features. The final construction is large and grandiose but has a beauty of it's own. It's 150ft tower rising up to touch the sky and create a landmark seen across the town.

This is something that was used to the advantage of the Germans during the Second World War.

Incoming bomber planes, destined to hit the shipyard, are said to have used the tower of St. James' as a marker. They would fly towards the tower, turning on reaching it to gain a direct line to the shipyard. 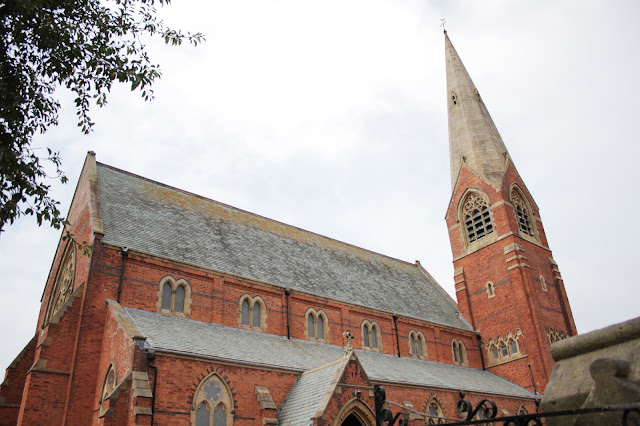 During the German air raids of 1941 the church sadly received damage. Several stained glass windows were destroyed, the organ was damaged and a floor in the spire collapsed onto the bells inside. Unfortunately many of the surrounding buildings were completely destroyed in the air raids but the church managed to stay mostly intact and remained as a symbol of hope for the local townsfolk.

One interesting fact I'd like to leave you with is about the organ just mentioned. This organ is rather special, it started life in 1837 when King William the Fourth commissioned it's construction. The organ was built inside the Chapel Royal of St. James Palace - the royal palace at the time.

Here the organ was played at many royal occasions including at the marriage of Queen Victoria to Prince Albert of Saxe-Coburg.

Several years later, in 1868, the organ was to be replaced so was sent to Barrow to be installed in St. James Church, where it still stands today.

St. James' Church is a wonderful building on the skyline of Barrow, it stands as a lasting reminder of the towns incredible Victorian past and is well worth a look around if you're ever in the area. 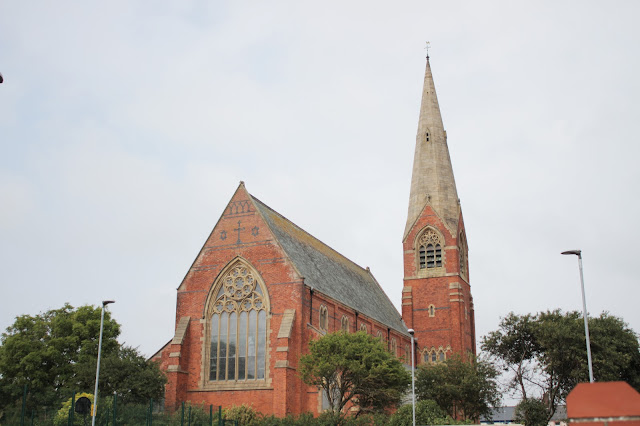