September 1st 1939, the World is at war for the second time. Great struggle and upset lies ahead for everyone including those on the home front in Barrow. With one of the biggest shipyards in the country, producing military vessels to aid in the war, Barrow soon became a target for enemy fire. Due to this many remnants of that period of British history remain across the town, from the Military Defences dotted along the coast to the buildings which served the locals still living here. 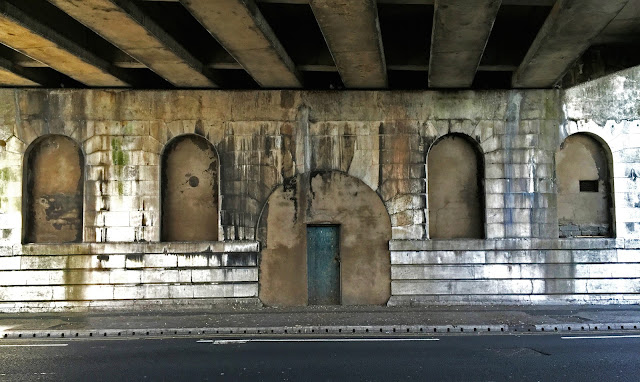 ﻿
In 1940 a new initiative was set up in Britain, an initiative designed to help those on the home front who had lost their homes to bombing, had ran out of ration coupons or who were in desperate need of help. The initiative saw the creation of some 2160 'Community Feeding Centres', later named British Restaurants, across the country which went on to serve food for those who needed it most.
They were created by the Ministry of Food and run by either local government or volunteers as non-profit organisations. Meals which consisted of one serving of meat, game, poultry, fish, eggs, or cheese were sold at a small price to anyone who need them. A vital service which would help thousands of people across Britain. 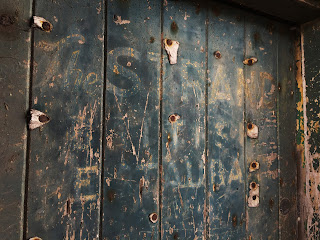 Here in Furness, or more specifically Barrow, there were at least two of these restaurants. The one we are looking at in this post opened on the Strand in Barrow-in-Furness beneath the large Michaelson Road bridge to Barrow Island. It was called, quite simply, 'The Strand British Restaurant'. It appears that the restaurant was opened inside an already existing building but the large arch way which used to provide entrance was filled in and a smaller, blue door put in its place. The large windows providing light into the building also filled in. This was, no doubt, to protect the building if there was any evening bomb strikes, stopping any light blaring out from within which would make it clearly visible to planes passing overhead. The blocking out of the windows would make the building invisible at night, it's positioning under the bridge also helping with this. It is possible that the building was also used as an air raid shelter for local residents. I have been unable to find any records relating to this building so cannot give an exact date as to its construction or indeed how long it operated for but it is safe to say it would have opened sometime in the early years of the war and could well have continued to operate into the 1950s, as many did.

The Strand British Restaurant wasn't the only one in Barrow though, there was another in the old Public Hall which stood in front of the town hall (where a car park now sits). This was Barrow's main British Restaurant but was called The Civic Restaurant. Much like the strand it would provide food to those in need across the town with seating available inside.

There were also several 'takeaway' restaurants on streets like Devon Street and Euryalus Street, allowing residents to take food away on their own plates. 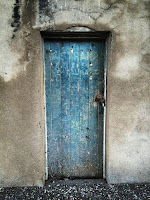 Sadly the old Public Hall is no longer in existence having been demolished but the Strand British Restaurant is still visible today beneath the high level bridge to Barrow island on Hindpool Road. You can easily spot the old blue door once providing entrance to the restaurant. Look closely and you can still see the old print of the name to the top of the door. This is wonderful to see, the old typography is exquisite and it is fantastic that this still remains, even if a little faded.

Next time you are walking or driving under the bridge do take a look and think about all the people who used to enter through that little blue door to eat and survive! 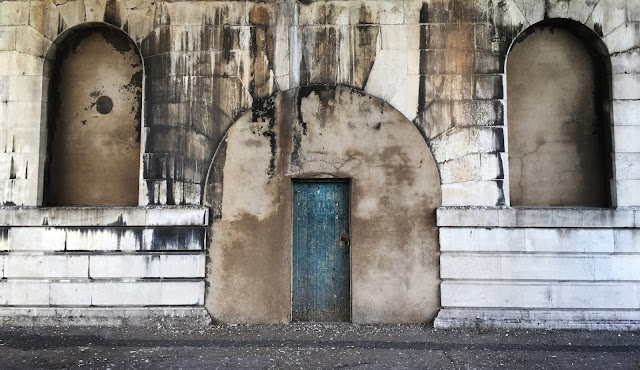