Extending off of Salthouse Road, Barrow, next to Vulcan Road is a small industrial site including a car garage. The site is not the most attractive looking place and many wouldn't give it a second glance but this site has a hidden past that many may not know!

During the 1800's Barrow saw a boom in industry taking the town from a small fishing village to a large and at times crowded town. One industry that sprang up in the town during this period was S.J.Claye's Wagon Works. The Works was set up to build railway wagons for the ever growing Furness Railway and it is where the small industrial site and garage now lie that the Wagon Works were built. 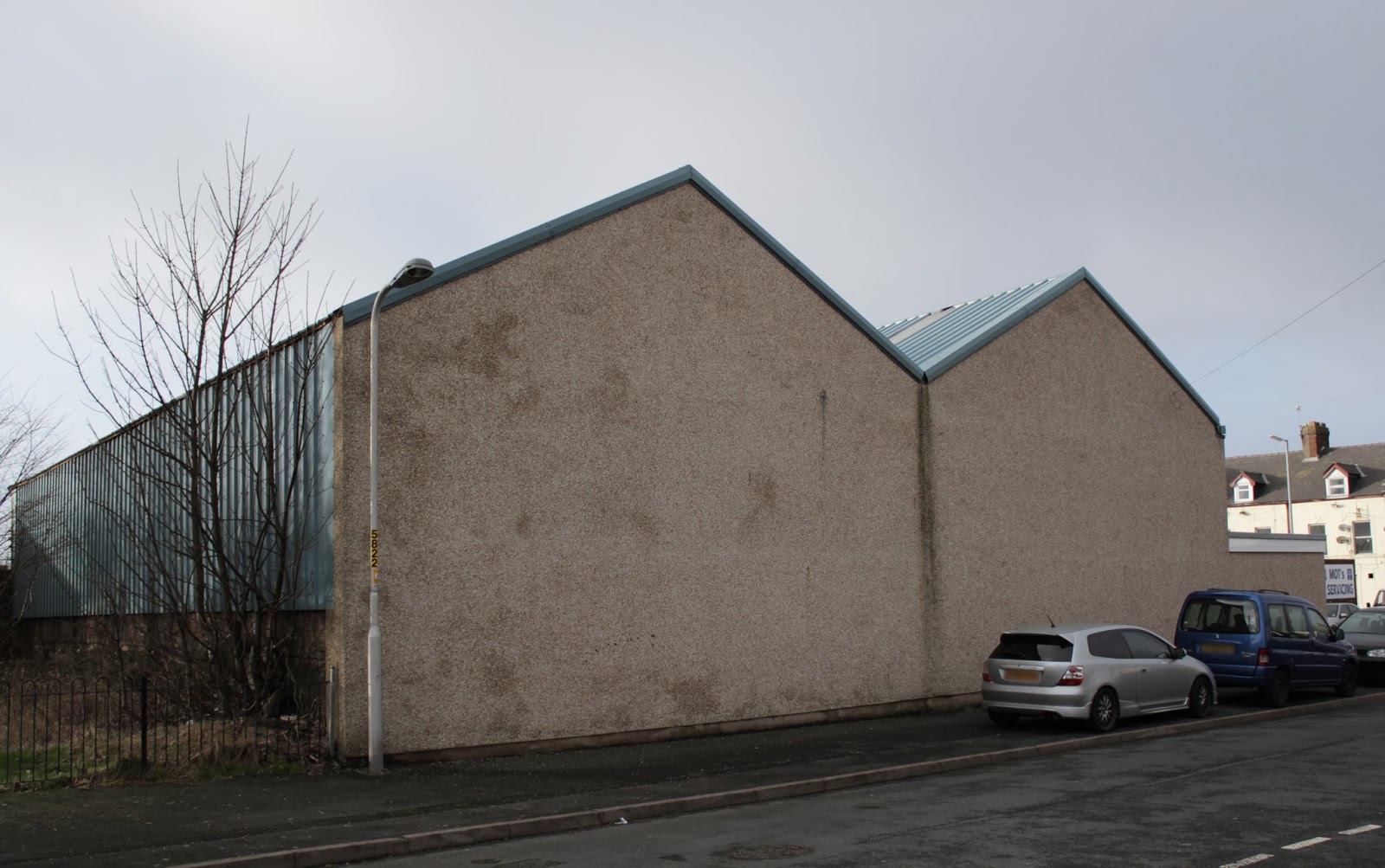 A man named Samuel John Claye, who already had a successful wagon works at Long Eaton in the Derbyshire came to the town and saw need for a works. He bought land on Salthouse Road and soon built the Wagon Works. The building was a large construction some 300+ feet long and 170 feet wide. In fact part of the building we believe still stands today and is currently occupied by the garage we spoke of earlier. The garage is in a small building which looks to have once been part of a larger one. The two triangle sectioned roof is typical of Victorian industrial buildings and matches the style of roof the Wagon Works once had. The Works had a large main building split into three sections; the wagon shop, the paint shop and the saw mill. At the end of the main building was a smaller attached section holding two rooms; the Engine Room and Boiler Room. It is in these two rooms where the garage is situated today. You can see a plan of the building at the foot of this section as well as a map from 1873 which has the Wagon Works marked on it so you can see it's shape and positioning. Unfortunately the remains of the Wagon Works, now occupied by the garage, have been covered in a pebbledash render. This has covered up the typical red brick construction of Victorian Barrow but you can still find evidence of it where the render has come away. 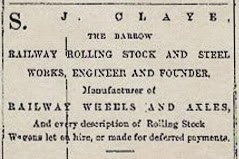 The Wagon Works continued to make wagons for the railway and iron industry for several years after it's construction employing many skilled workmen from the town. Two of it's workmen were part of controversy in 1875 when they took part in a prize fight! The two men, Ennis and Hockney, had a dispute over something and decided to have a prize fight to settle the matter. A prize fight being a bare knuckle fight where bets are placed on the out come. The fight took place on a plot of land called Kendall's Garden some 100 feet from the Wagon Works. The men fought for 2 hours, taking breaks occasionally, and up to 200 spectators gathered over its course. The fight reached its end with Ennis dealing a fatal amount of blows, which resulted in Hockney's untimely death. Ennis was later arrested and sentenced to 2 years imprisonment at Lancaster. It is perhaps ironic that not long after Ennis was released from prison he himself died taking part in a similar fight!

At sometime Mr. Claye decided to build himself a home in the ever expanding town. He did this on the then outskirts of Barrow, just off of Abbey Road. The house, well, the mansion, he built was named Infield and stood some way back from the road surrounded by land. It is unclear how long Mr. Claye lived here for but by 1882 he had gone into liquidation and left the town to live out the rest of his life in Long Eaton. He died on 3rd April 1887 from a short illness aged 68. 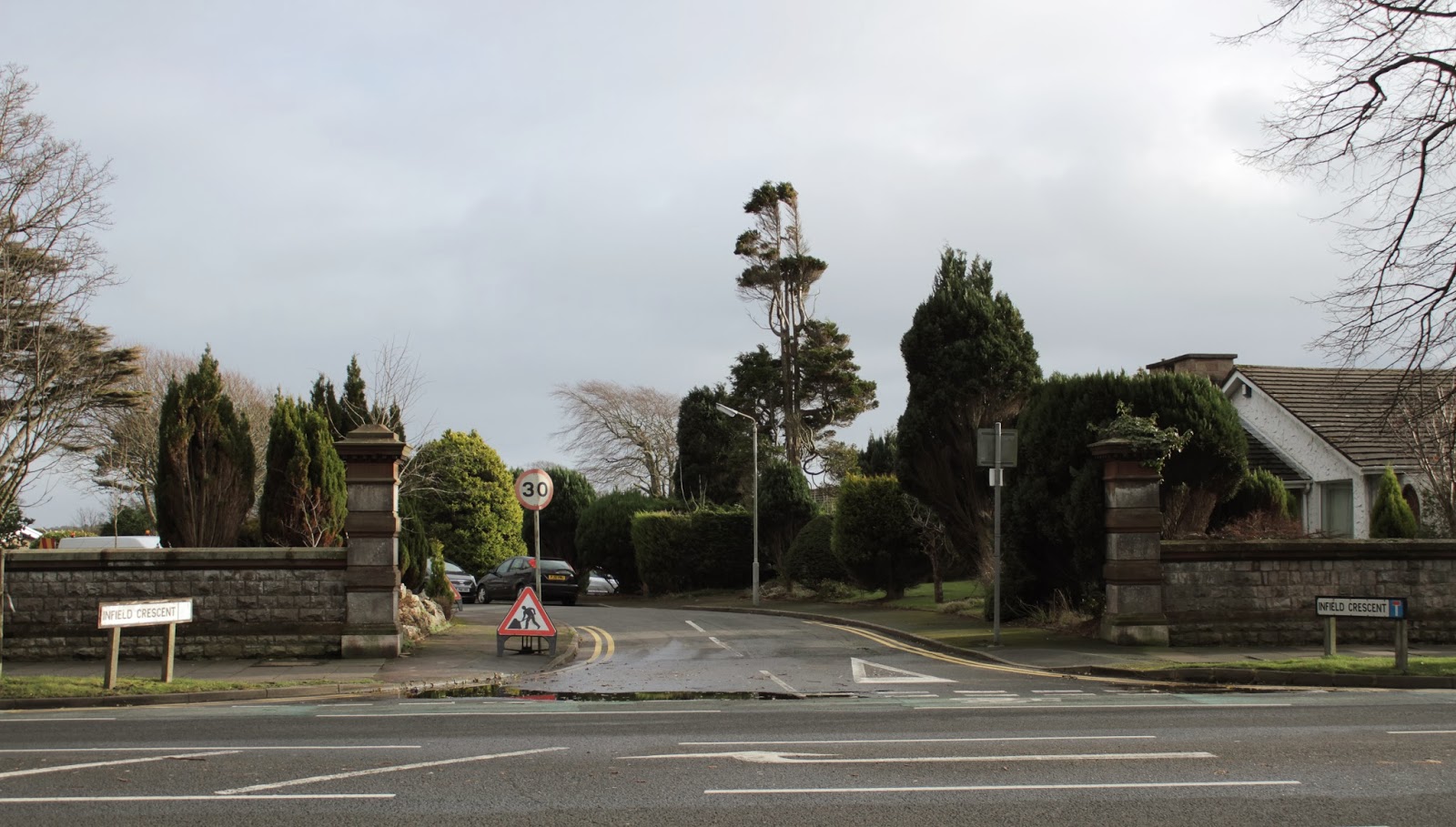 After his death both Infield and the Wagon Works were sold off. The Wagon Works eventually went to the Vulcan Steel and Forge that stood next to the works. Infield however went on to become a War Memorial and Convalescent home after World War 1, where people would stay to be treated for long term illness and/or injury. Eventually the home shut and fell into disrepair, after this the building was demolished and a housing estate was built in the 1960s on the land where it once stood. This estate still stands today and retains the name of the former mansion that stood there, Infield. The wall that stands at the front of the estate is the same wall that would have once surrounded the mansion, the original gate posts are still standing too. You can see these features and the estate just off of Abbey Road past the entrance to Chetwynde School.

While in Barrow Mr. Claye took to local politics and stood for election in the Yarlside Ward of the Municipal Council for many years until 1877. Also in 1875 he applied for a license to sell alcohol in a house he intended to build on the corner of Foundry Street and Salthouse road, just across the road from his Wagon Works. Although after a dispute he withdrew his application. Eventually a pub was built where Mr. Claye had originally intended but it wasn't by him, the pub still stands today, if closed, as the Rifleman's Arms.

Although not much remains of the Wagon Works or Infield house it is wonderful to know that these buildings once existed in Barrow. It is a shame that Infield is no longer standing as it was surely an impressive sight to behold. The Wagon Works must also have been rather impressive but as many of our industrial buildings it was lost to demolition and 'progress'.

The next blog will be online from February 18th and will be the next in our Victorian Emergency Services Series, this time looking at Dalton-in-Furness. So be sure to check back then, in the meantime we hope you have enjoyed this post! 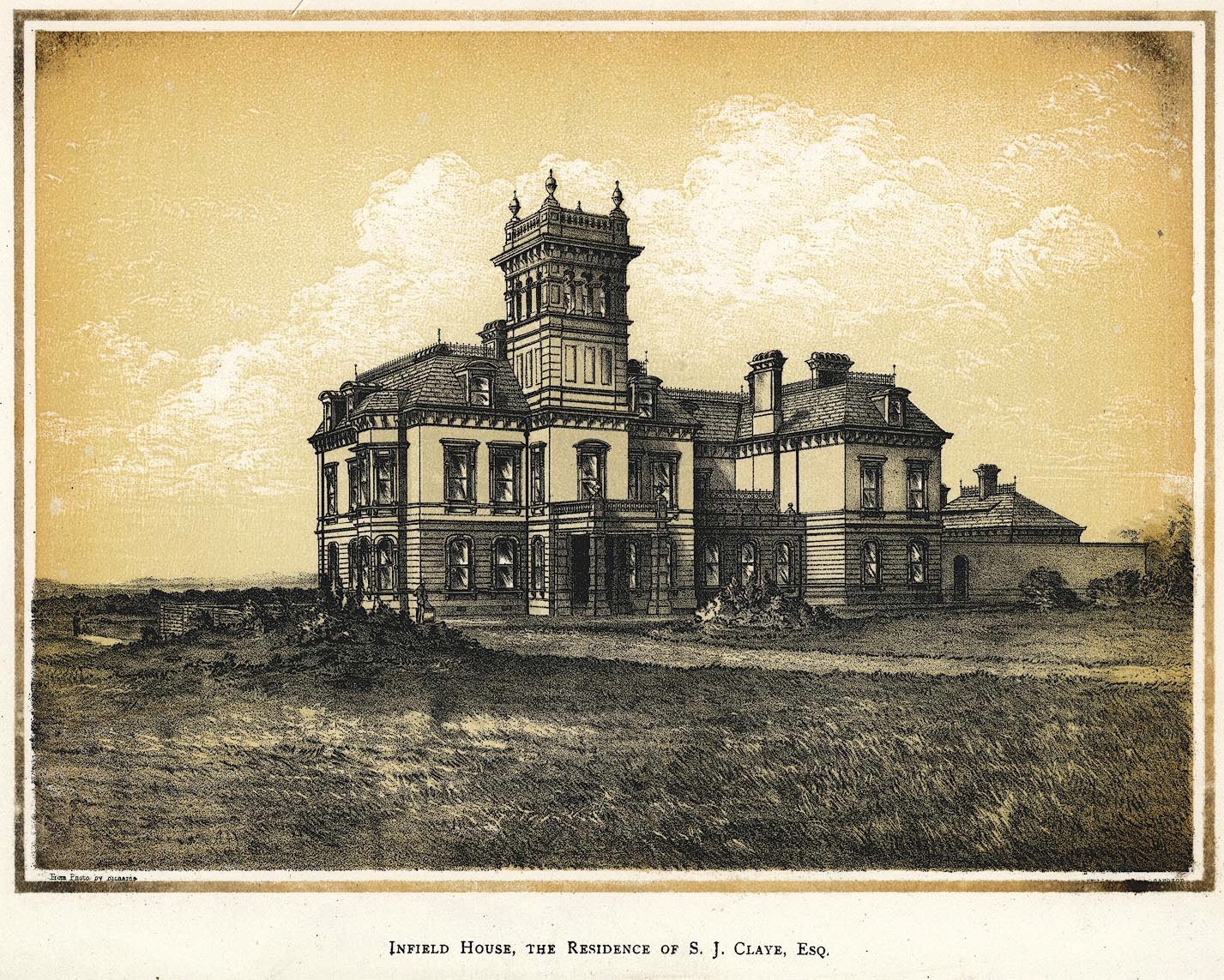 Left: Sketch of Infield House.      Right: Photo of inside Infield when it was a convalescent home.