Across the water from Roa Island near Barrow is the peaceful island of Piel and standing upon it are the enchanting ruins of Piel Castle, a once extensive and imposing building.

The Abbot of Furness built Piel Castle on the southeastern point of Piel Island during the 14th Century. This was built as Edward III had granted Furness Abbey a license to crenellate on the island in 1327. There would have been an earlier fortification on the island but it is difficult to determine to what size and style as the current castle is most likely built where it would have been. The early castle was no doubt made from wood also which would leave little evidence today. 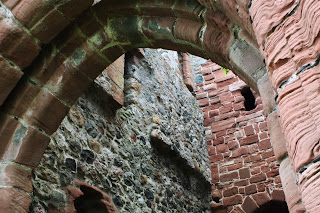 The Castle was built to guard the deep-water harbour at the southern tip of the Furness Peninsula against Scottish raiders and, most likely, pirates! A lot of trade took place through the harbour so any raids or piratical attack could have caused major problems for the Abbey and local tradesmen.

The castle was seized into the king's hands in 1403 as the Abbot, John de Bolton, had been accused of a lack of maintenance. It did later return to the abbey's ownership in 1411. Sadly by the time of the dissolution of the monasteries the castle was in a state of decay and was too ruinous to be used. It was then left unused and slowly fell into even more of a ruinous state, with parts of the curtain walls becoming victim to erosion and the building becoming the picturesque ruins we can see today.

The site consists of a large keep, inner and outer baileys as well as a towered curtain wall. An impressive building in its time and an impressive ruin today! The ruins are under the care of English Heritage and are free to look around and on certain occasions a stairway to the top of the castle keep is opened to the public.


The castle is certainly worth a visit as is the island itself, Piel.

The island is beautiful and picturesque with not only the castle but several small houses, wildlife in abundance, a camp site, a 18th Century pub and even a king!

Whoever is landlord of the pub becomes the King of Piel. This is a tradition that is said to date back to the time of Lambert Simnel when he attempted to usurp the English throne. Simnel and his army landed on Piel in 1487 on their way to battle the King. Whether it does date back to this time is anyones guess but still any new landlord is crowned as King of Piel at an unusual ceremony. The soon to be king is seated on an ancient wooden thrown, wearing a helmet, holding a sword while beer is poured over his head. Odd for certain but quite a spectacle. Once crowned the king can even appoint knights! Usually local fisherman or even anyone who buys a whole round for everyone in the pub.

William Wordsworth wrote a poem in 1806 about Piel Castle. He had visited Piel in 1794 and his wife owned a picture of the castle painted by their friend and Wordsworth’s patron Sir George Beaumont. The poem is called 'Elegiac Stanzas Suggested by a Picture of Peele Castle in a Storm, Painted by Sir George Beaumont' and is a lament on the death of his brother at sea, but also for his own youth and imagination. You can read this poem in full here.

The island and castle has an interesting and vivid history with traditions still upheld today and is perfect for a day trip in the summer months, catching the boat across the channel to Piel's shores. 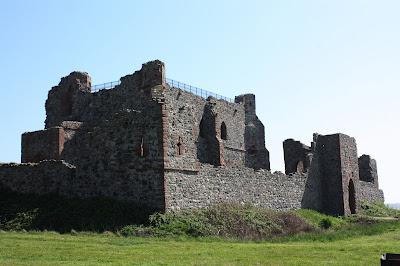 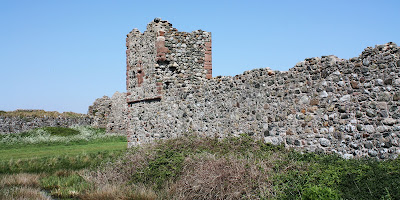