Cartmel is a quaint little village in South Cumbria made up of a variety of homes and shops but little would you expect to find a great Medieval Priory standing proud above its surroundings!

Cartmel Priory is a beautiful and majestic building that has been standing here since the late 1100s but the village has had a religious life dating back centuries. The Saxon King Egfrith of Northumbria granted the lands of Cartmel "and all the Britons in it" to St. Cuthbert in around 680 AD. St. Cuthbert, many may know, was a Monk of the earlier Celtic or Irish Church who went on to become Bishop at Lindisfarne. It is almost certain that some form of religious house was erected in the area from this time, most likely a small chapel situated where the priory stands today. 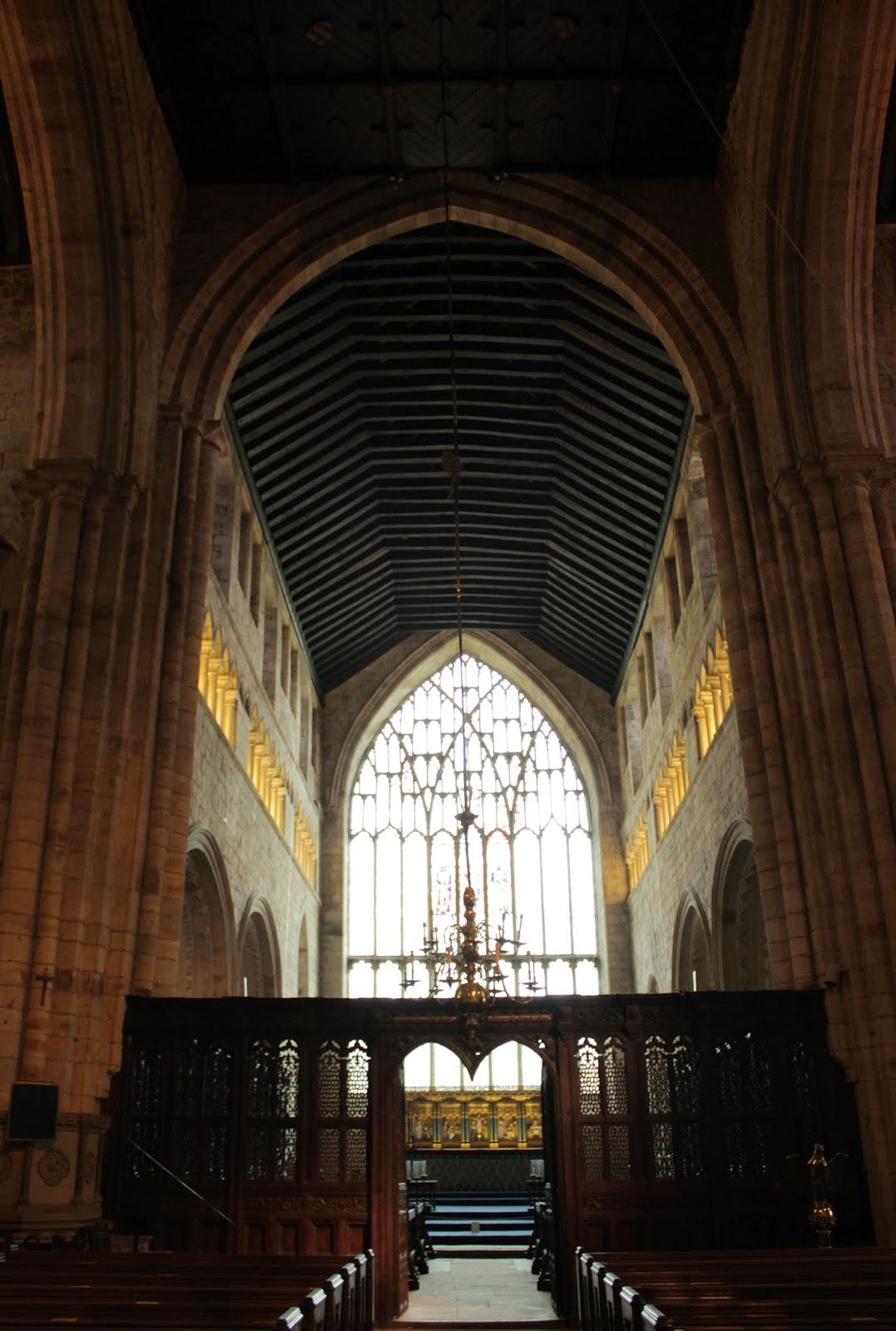 Just over 500 years later, in 1189, Cartmel priory was founded by William Marshal for the regular canons of St. Augustine. William was in charge of the Cartmel Peninsula having been granted it by Henry II two years earlier.

William, when founding the priory, stated that the holy site must remain always as a priory and never become an abbey to avoid the crown taking advantage of certain privileges that came with it. This was a clever move on his part as it inevitably saved the priory from the dissolution some 400 years later. At the time of the dissolution the priory was being used by the parish so King Henry VII ordered "that it stand still', this was a direct result of Williams wishes. If it had been elevated to the level of abbey then it would have suffered the same fate as many around the country and be left a ruin today.

The monks that ran the priory came from Bradenstoke Priory in Wiltshire where William's father was buried. 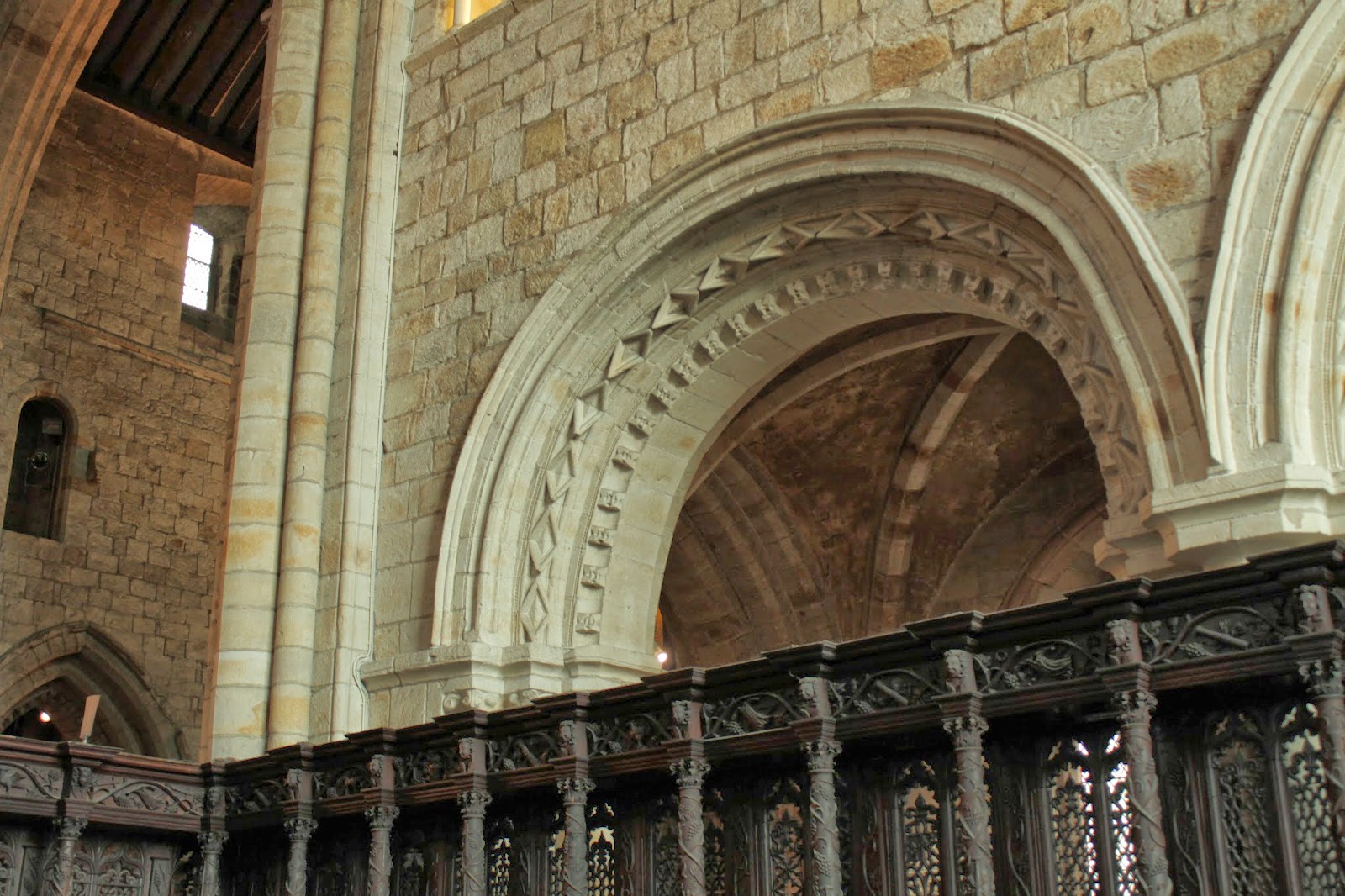 During the 12th Century the priory would not have been as expansive as it is today. As with all abbeys and priories it developed over time with new sections being built to suit new needs. To begin with the domestic buildings to the South would have been in situ but the current three bay nave of the church was yet to be constructed. The church at the time would have had a chancel with two side chapels and two transepts with a short nave. All this would have been topped off with a small tower. 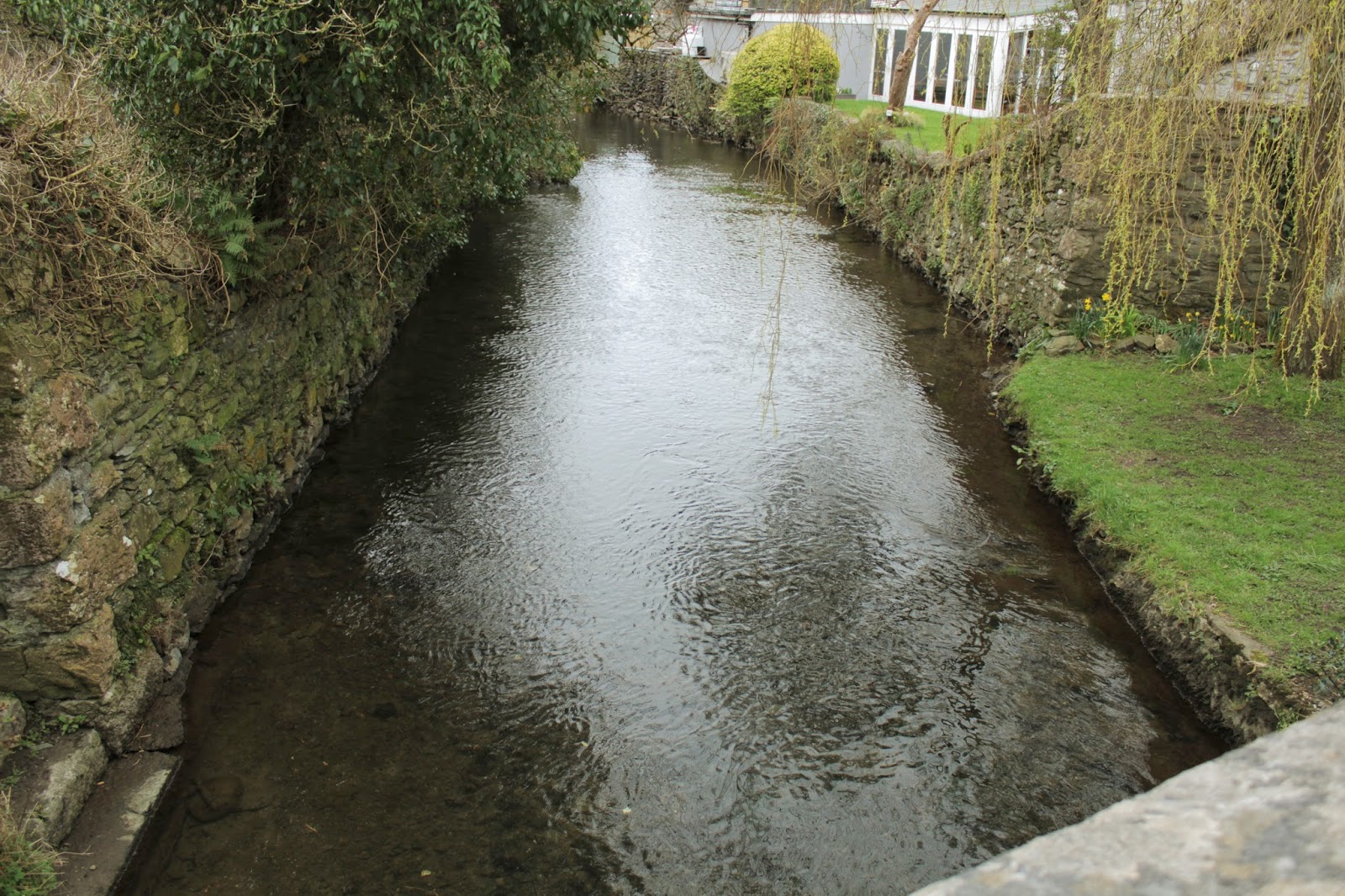 The whole Priory site was also almost fully surrounded by water. To the northeast and southwest there were small lakes with a river running between them. There was also another larger water course running from the southeastern lake past the priory. Both lakes have long dried up but the river that ran between them is still roughly in situ and is known as the River Eea. With the priory being surrounded by water like this must have made it a perfect location, easily enclosed by walls and water. 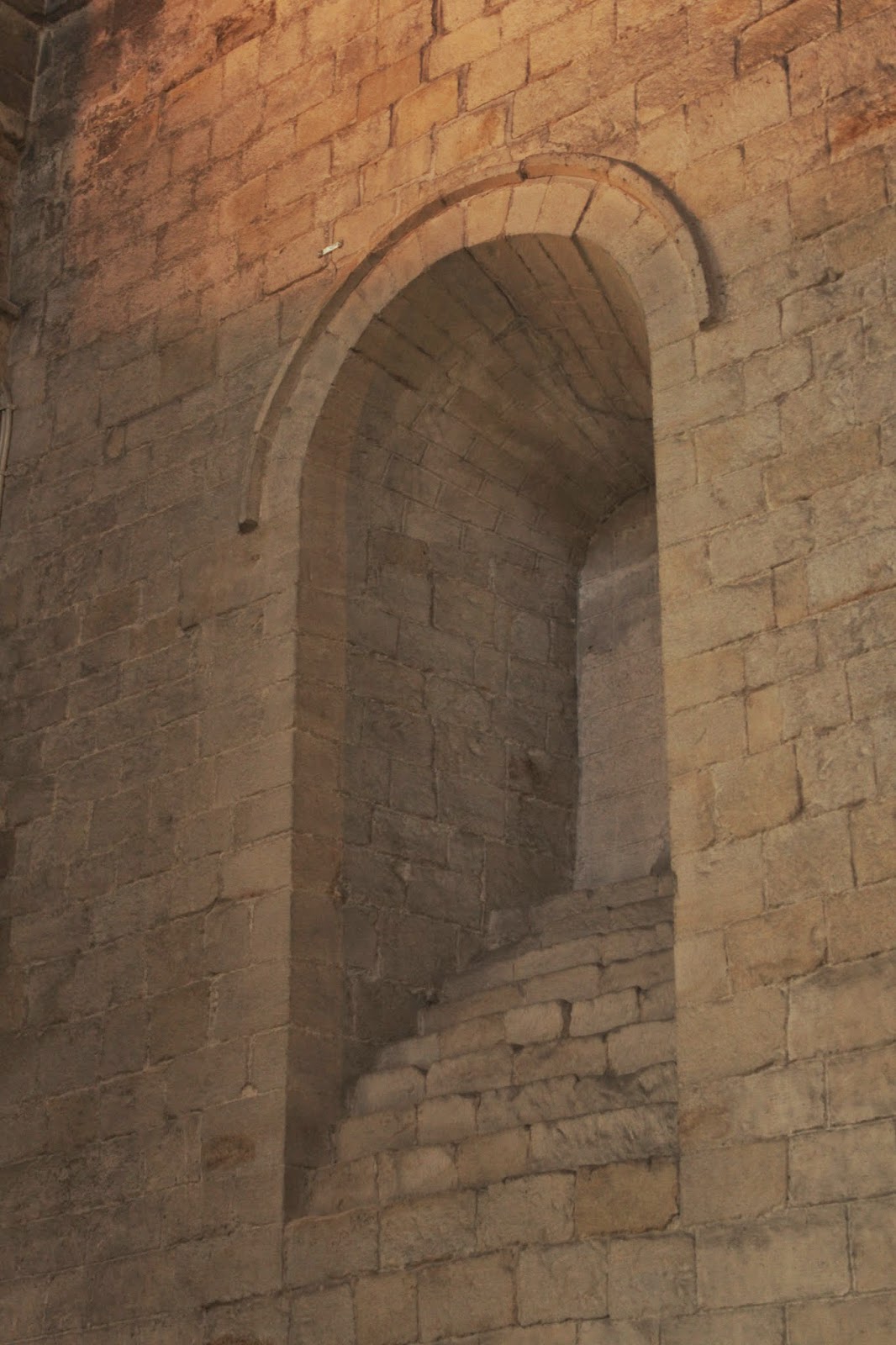 Many of the monastic buildings associated with such religious houses were set to the south side of the church, as was typical. Buildings like the chapter house, refectory and the dormitory were built here with some, in the case of the dormitory, linking directly to the church. In the south transept you can see evidence of where the dormitory once was. Part way up the west wall of the transept is a blocked up doorway with some stone steps heading down in the direction of the floor. These were the night stairs from which the monks would walk down from the dormitory above to attend their nightly services. Although the stone stairs end some way from the floor a wooden stair case most likely would have joined to them. Some years later in the 1400s it seems that there was a subsidence problem to the south which meant that all the buildings had to be moved to the north side of the church. If you take a look in the west wall of the north transept you can see a window which, as in the south, has some stone steps at its foot. This is where the night stairs would lead from the new dormitory. 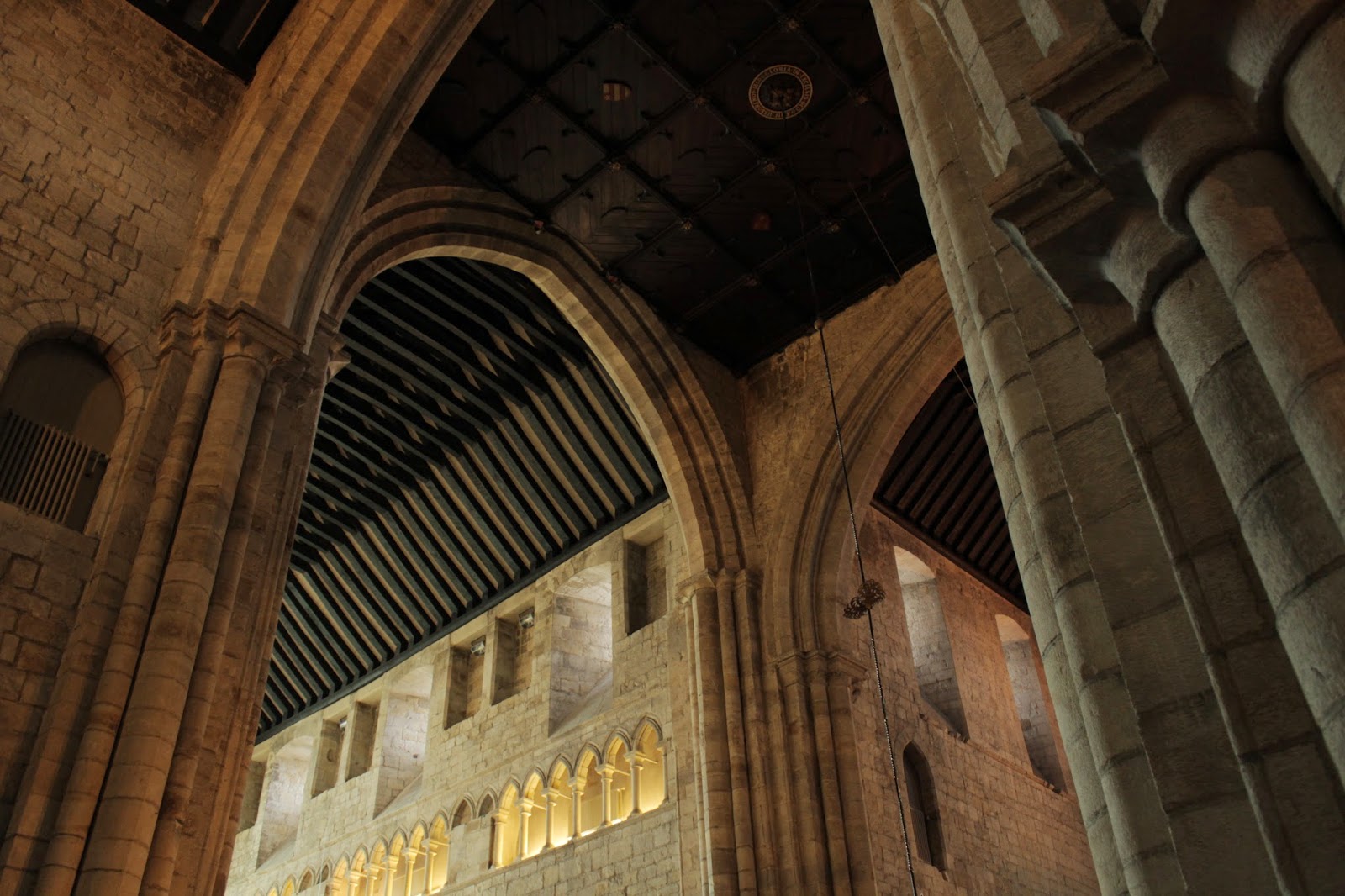 Over the course of the Middle Ages the church was expanded and modified creating what is seen today. Though these changes some interesting features have formed. For instance in the south wall of the chancel there is a large tomb for Lord Harrington and his wife who died in the 1300s. Sedilia originally covered this wall but these sedilia have been cut through for the tomb to be set in place. This has left one sedilia missing one of its sides with a clear cut through it for the tomb. There is also a quite beautiful wooden rood screen and choir stall. It is an intricately carved piece with many fine examples of misericords, where choir members could perch to relieve the pressure on their legs while standing to sing during services.

Although the church of the priory managed to survive the dissolution of the monasteries the domestic and ancillary buildings attached were destroyed. This left the priory as nothing much more than a village church, if an immensely grand one! The Priory is still used today as a religious house and is open to all for visiting and enjoying. 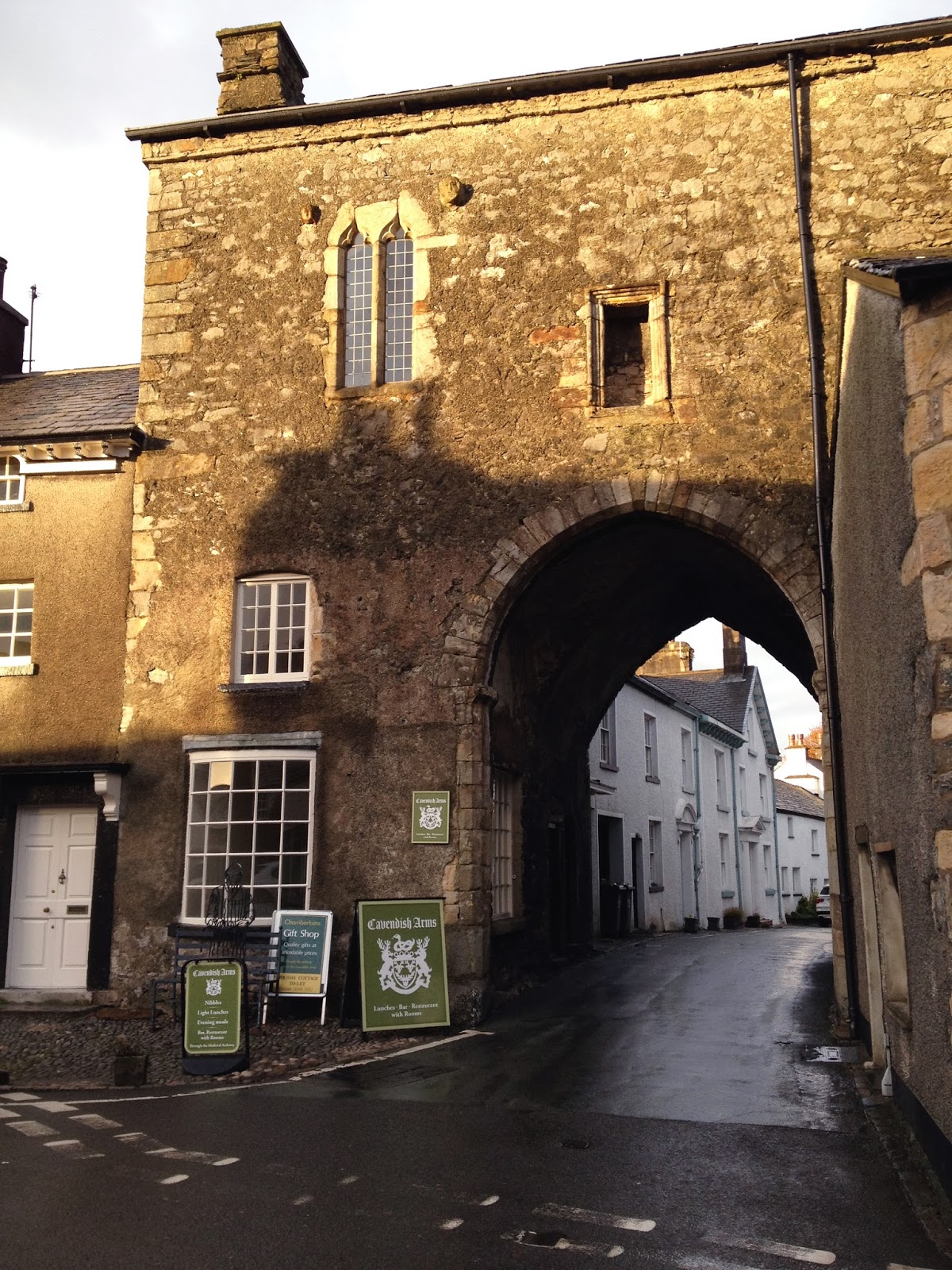 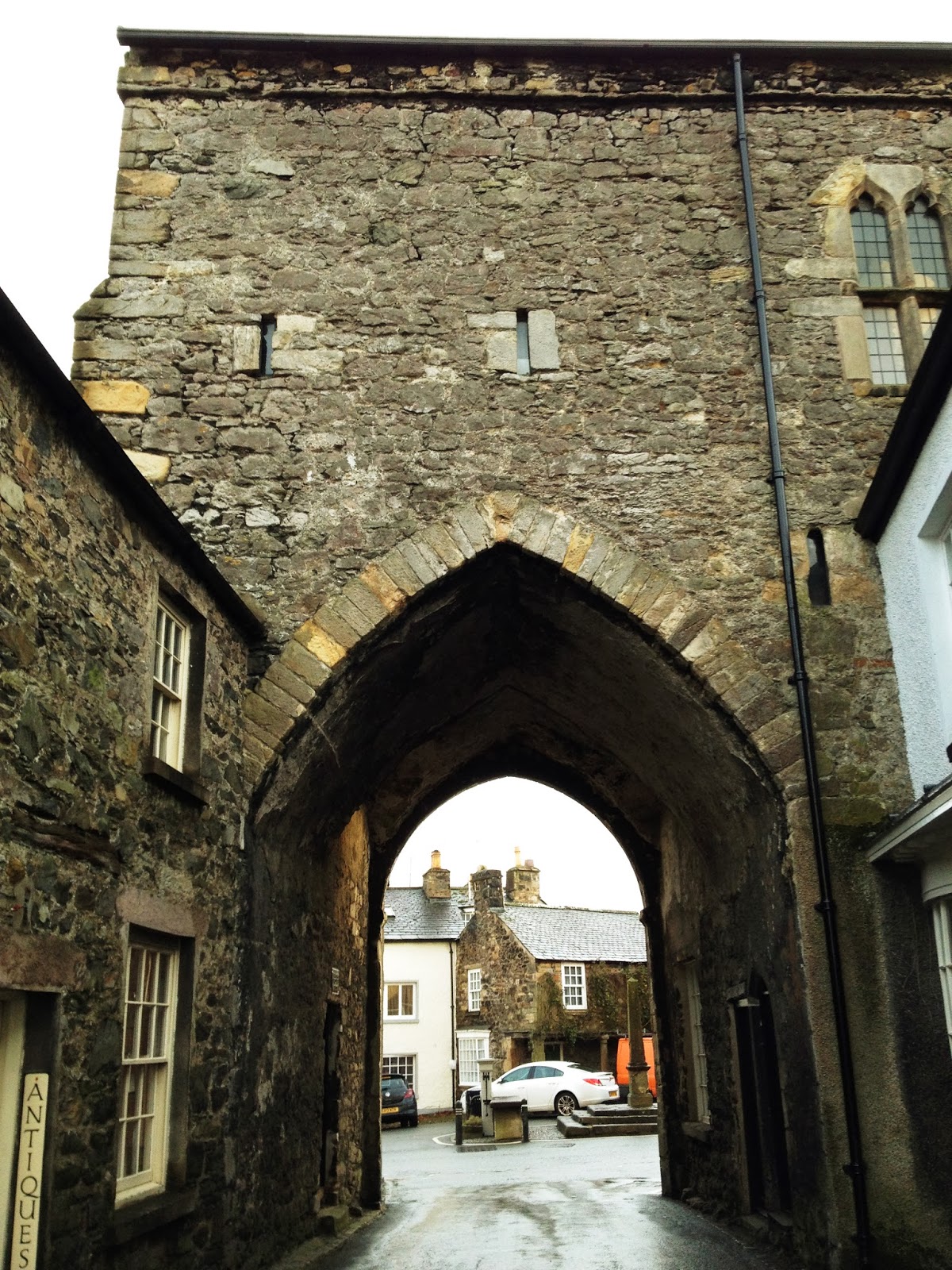 Elsewhere in Cartmel can be found a large gatehouse that would have allowed entrance to the priory precinct. The gatehouse was built in 1330, later than the priory itself. By the time of the dissolution of the monasteries many of the priory ancillary buildings were being demolished but the gatehouse was being used as a courthouse so it, like the church, managed to survive. Later, in 1624, the building was used as a grammar school. It remained as this until 1790. After that it is unsure what happened to the gatehouse but it was turned into a museum for a while and in 1946 it was given to the National Trust. Today the gatehouse can easily be viewed from the outside sitting across from the village square; it is also open occasionally during the year to see inside the Great Room.

Although not exactly 'hidden' both the Priory and the Gatehouse are fantastic reminders of Cartmel's Medieval past that many may overlook. Both sites are well worth a visit and with Cartmel itself being a wonderful little village it is the perfect place for a little day trip.

Come back on April 1st for the next in the Victorian Emergency Services series looking at Ulverston.