Today we take Emergency Services like hospitals, the police and the fire brigade for granted. They are engrained in our modern world, if we need them they are there and we can always rely on them. Back in the Victorian Era though things were very different. In this post we conclude our series on Victorian Emergency Services by looking at Ulverston.


One of the earliest law enforcement sites in Ulverston is, and was, tucked down a side ally now known as Smithy Close, just off of King Street. This building was used as the Town Gaol (jail) where people found under the influence were placed to sober up. At the time this building was used anyone found committing a more serious crime would have been sent to Lancaster for trial.

By 1836 Ulverston had a new custom build Town Jail, often referred to as the 'Black Hole' by locals, to fulfill the need for a police station. This lock up was situated on The Gill, not that you would know today, a toilet block now sits where the jail used to be. The jail was a square building standing alone in the middle of the Gill. It held three cells, at about 6 feet by 3 feet, where wrong doers would be imprisoned. Above the cells were living space and bedrooms, this is most likely where a Police Officer would have lived. It can't have been the most pleasant place to live but needs must when you are a Victorian Policeman. 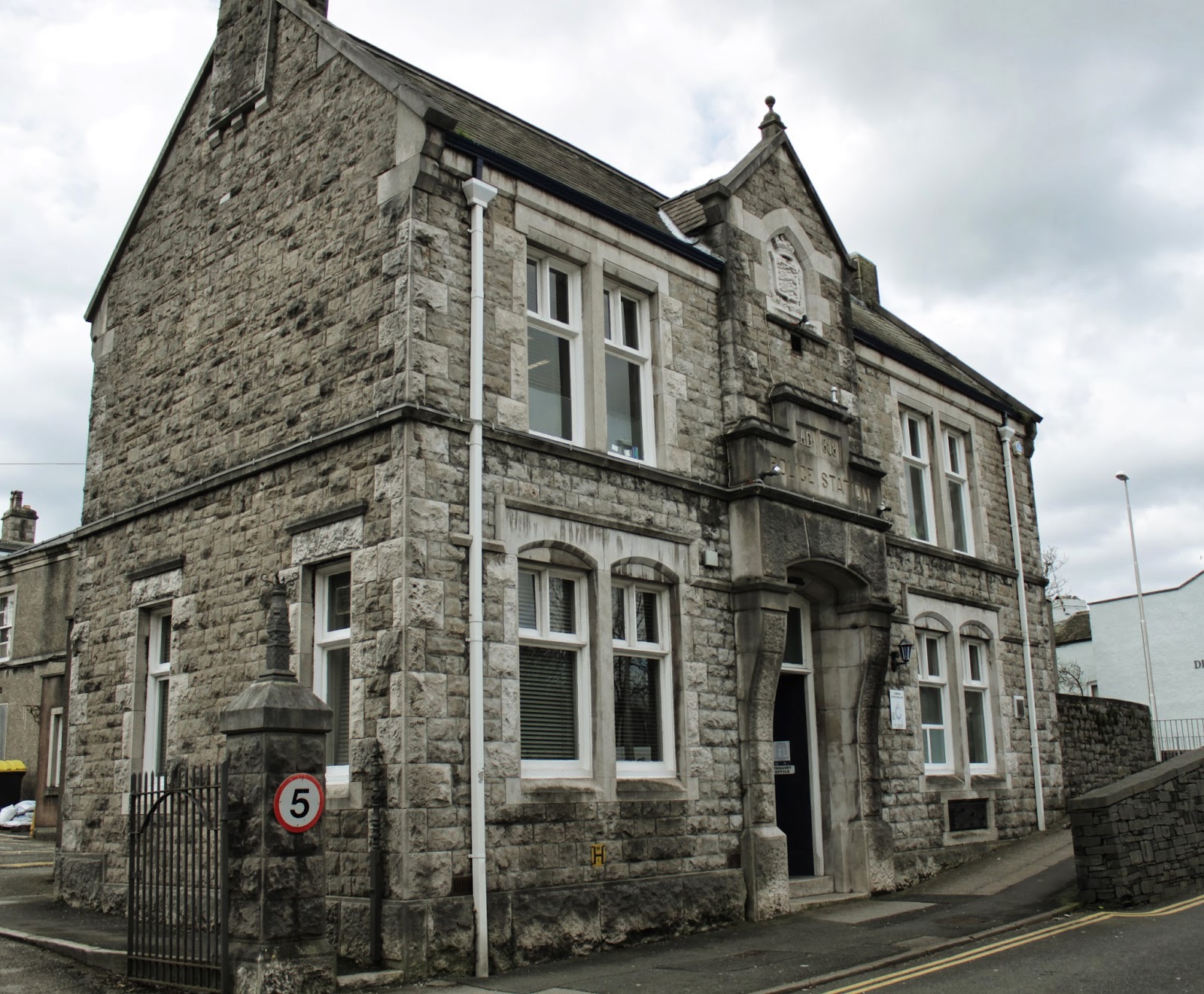 Several years later and land was bought on Neville Street to build a new, larger, Police station. The new station  opened in 1888 having been designed by local Architect James W Grundy. Grundy was also responsible for some proposed developments to the Town Jail, planning to add a new living area. The new Police Station was much bigger than anything the town had had before, standing taller and looking much grander. Inside the building, just through the main door, there was a Superintendents Office to the left with a Clerks Office to the right. Beyond this was a passage leading to 4 large cells, awaiting the detention  of criminals from Ulverston streets. As well as these rooms there was also a Constables Parade Room, where constables would be briefed before going on duty, two bedrooms upstairs with living quarters in separate buildings to the rear. This Station had everything a growing Victorian Police Force would need to carry out its work. Before this the town, much like Barrow and Dalton, was making do with small lock ups and one manned stations. As towns grew and the population of Furness rose, more stations of this size were needed to handle the rise in crime.

The Police Station is still in use by the Ulverston constabulary and is one of the only Victorian built stations in Furness that is still in use today. How much longer it will remain in use is uncertain at this time but one hopes that this building has a long life ahead of it. 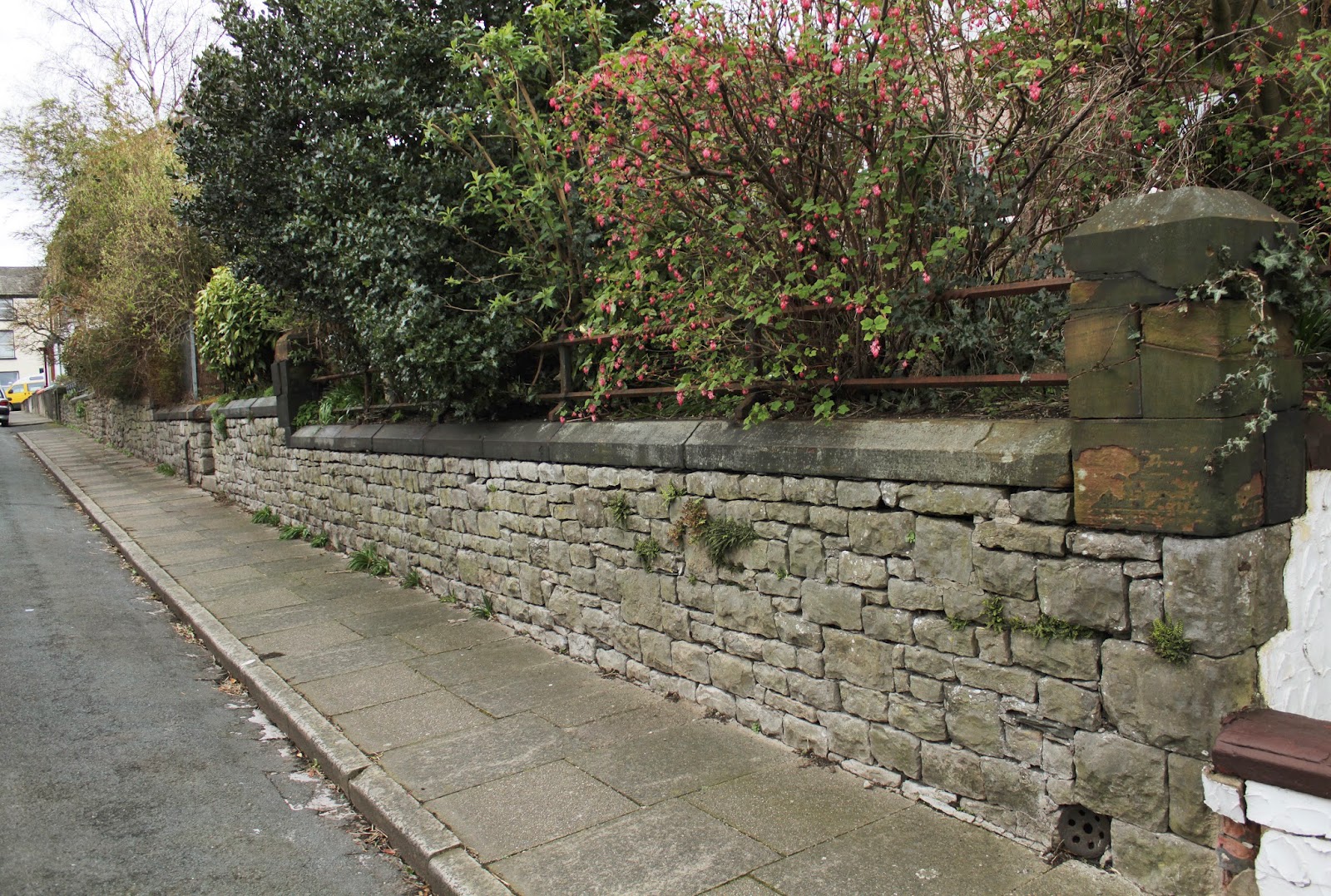 In 1873 a brand new Cottage Hospital opened on Newton Street, near the Swan Inn. The hospital was built to mainly cater for casualty patients. It did later, in 1906, take on surgical cases and develop a maternity department. The hospital was funded by voluntary contributions, as was the norm in Victorian England, and fundraising were undertaken through annual parades that took place in the town centre. The hospital building was designed, like the later Police Station, by James W Grundy, in 1871. The building contained two wards able to hold three beds, a convalescent ward and a special ward. It also had a small surgery, nurse's room and operation room. Upstairs there was a room for children's cots, presumably to hold any sick children brought to the establishment, along with two bedrooms. Everything was tailored for the healing and care of the ill and wounded, from the purpose built wards to the large exterior garden. Of course along with healing, unfortunately, also comes death. A reminder of this stood to the rear of the hospital in a separate out-building. This building was the mortuary chamber. Here anyone who passed away in the hospital would be brought for autopsy.

Today the only evidence left of this hospital is a wall and fence on Newton Street, which the hospital would have stood behind. The hospital building itself has, sadly, been replaced by housing.

The hospital served the town until 1971 when it was demolished. A new hospital soon opened in Stanley Street with in an old workhouse building. This building was also demolished at a later date to make way for a new purpose built hospital, which still stands on the site today. 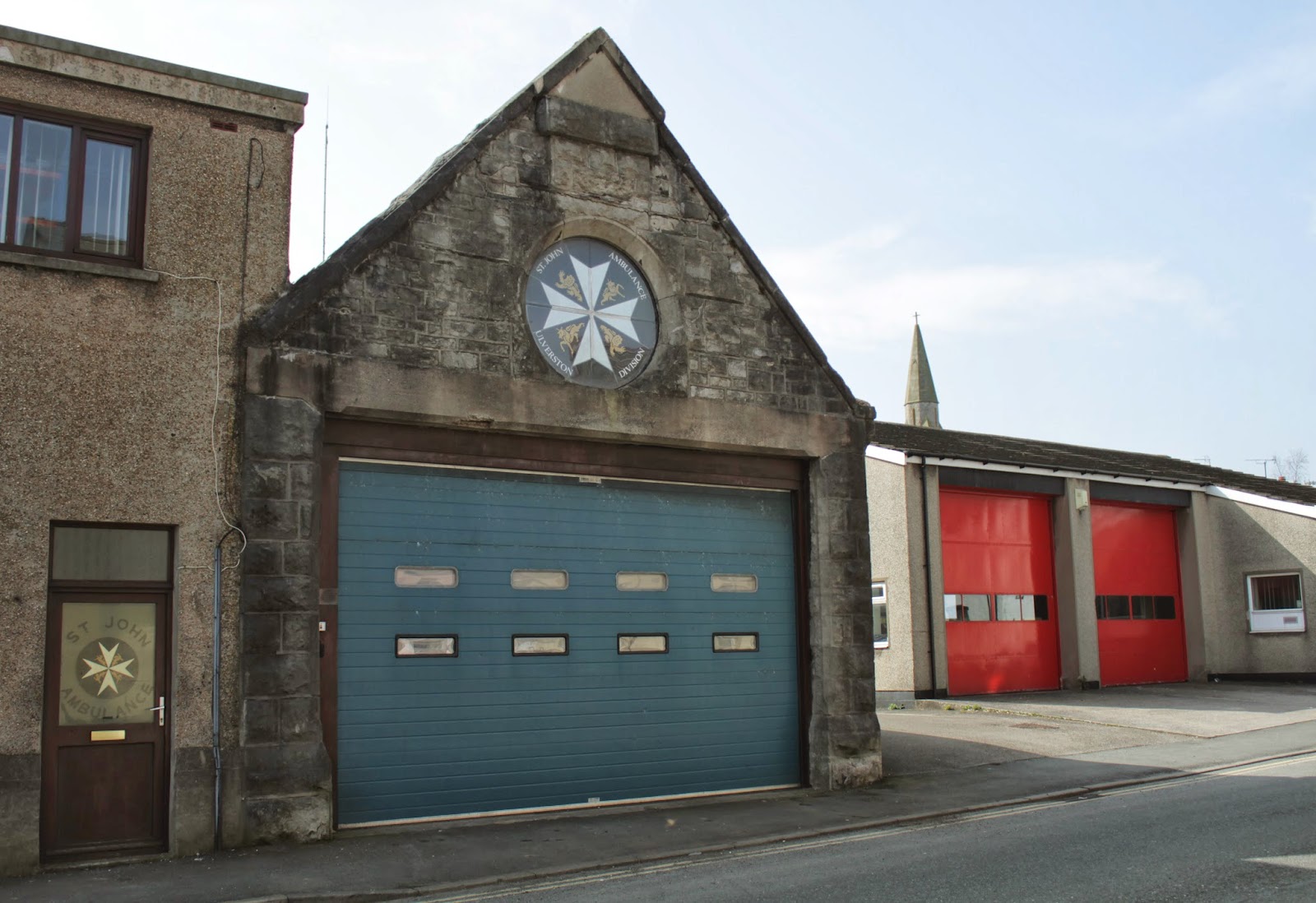 Sitting on The Ellers is a small building currently being used by the St. Johns ambulance, but back in 1886 this building was just opening as Ulverston's first, purpose built, Fire Station! Armed with an old manual engine the Fire Brigade would set out to tackle the fires of Ulverston town. Some years after the Brigade purchased a brand new Greenwich Gem fire engine. The engine went through several testings, one memorable one being witnessed by Councillors and locals alike. This test included the engines water jet blasting 360 gallons of water a minute at the walls of the Workhouse on Stanley Street. This must have been quite a display for the onlookers, possibly something they had never seen before. A small boiler at the rear of the machine powered the engines water jet. The Fire Station on The Ellers continued to serve the town for many many years, under going several alterations and extensions in the 1900s, until eventually closing in 1974 when a new station was built just next door.

The Victorian period really saw the birth of modern emergency services. The expansion of the police force and fire brigades brought to the fore well run services ready to cope with whatever was thrown at them. Criminals could be apprehended sooner, fires could be fought quicker and more efficiently. The building of hospitals to aid the public saw an advance in medical care and treatment; medicines would become more and more accessible. People injured in accidents would be treated quicker and in a safer environment, which led to less deaths and longer lives. These hospitals also paved the way for the welfare state and eventually the NHS we know today. Without the Victorian advances in emergency services Britain could be a very different place today!